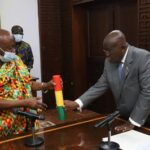 President Nana Addo Dankwa Akufo-Addo yesterday swore in the new President of the National House of Chiefs (NHC), Ogyeahohuo Yaw Gyebi II, as a member of the Council of State.

At a short ceremony at the Jubilee House in Accra yesterday, President Akufo-Addo congratulated him on his election as the President of the NHC and on his appointment as a member of the Council of State.

Ogyeahohuo Yaw Gyebi II, who is the Paramount Chief of Sefwi Anhwiaso in the Western North Region, by institutional representation, replaces Togbe Afede XIV, the immediate past President of the NHC, who lost his re-election bid last month.

President Akufo-Addo said Ogyeahohuo Yaw Gyebi II’s predecessor, Togbe Afede, was an active council member who made invaluable contributions to the work of the council.

“I’m sure you are aware of the circumstances that brought you here and the onerous task ahead of you.

“Your predecessor was active on the Council and made valuable inputs to its proceedings, so you have your work cut out. I am hopeful that you would live up to the task,” he said.

He expressed confidence in the ability of Ogyeahohuo Gyebi II to discharge his duties to the best of his abilities in service to the country, and entreated him to carry out his duties dispassionately.

“As a distinguished traditional ruler, you have the quality of experience that can enhance the work of the Council.

“You are joining a Council that has proven so far to be very effective and excellent in its deliberations and outputs…it is my hope and expectation that you’ll also make sound contributions to the proceedings of the Council and thereby add value to its products and help enrich my Presidency for the benefit of the Ghanaian people,” he stressed.

On his part, Ogyeahohuo Yaw Gyebi II pledged to carry out his duties to the best of his ability.

“I will work with other members of the Council to ensure that the President is given the best counsel to enable him (President Akufo-Addo) achieve his vision and mandate,” he said. 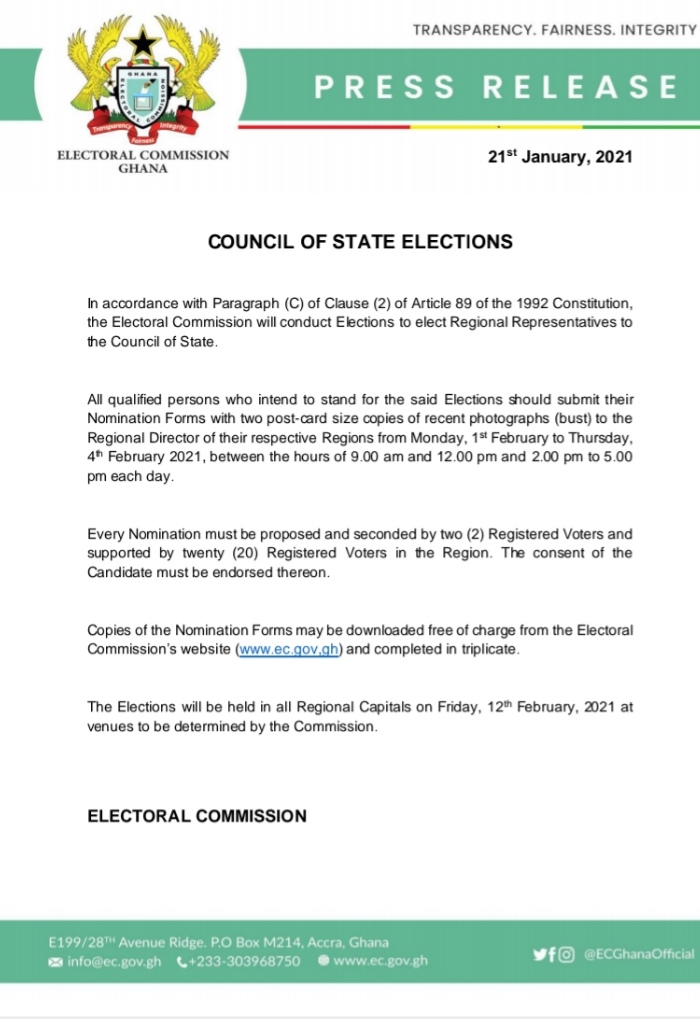 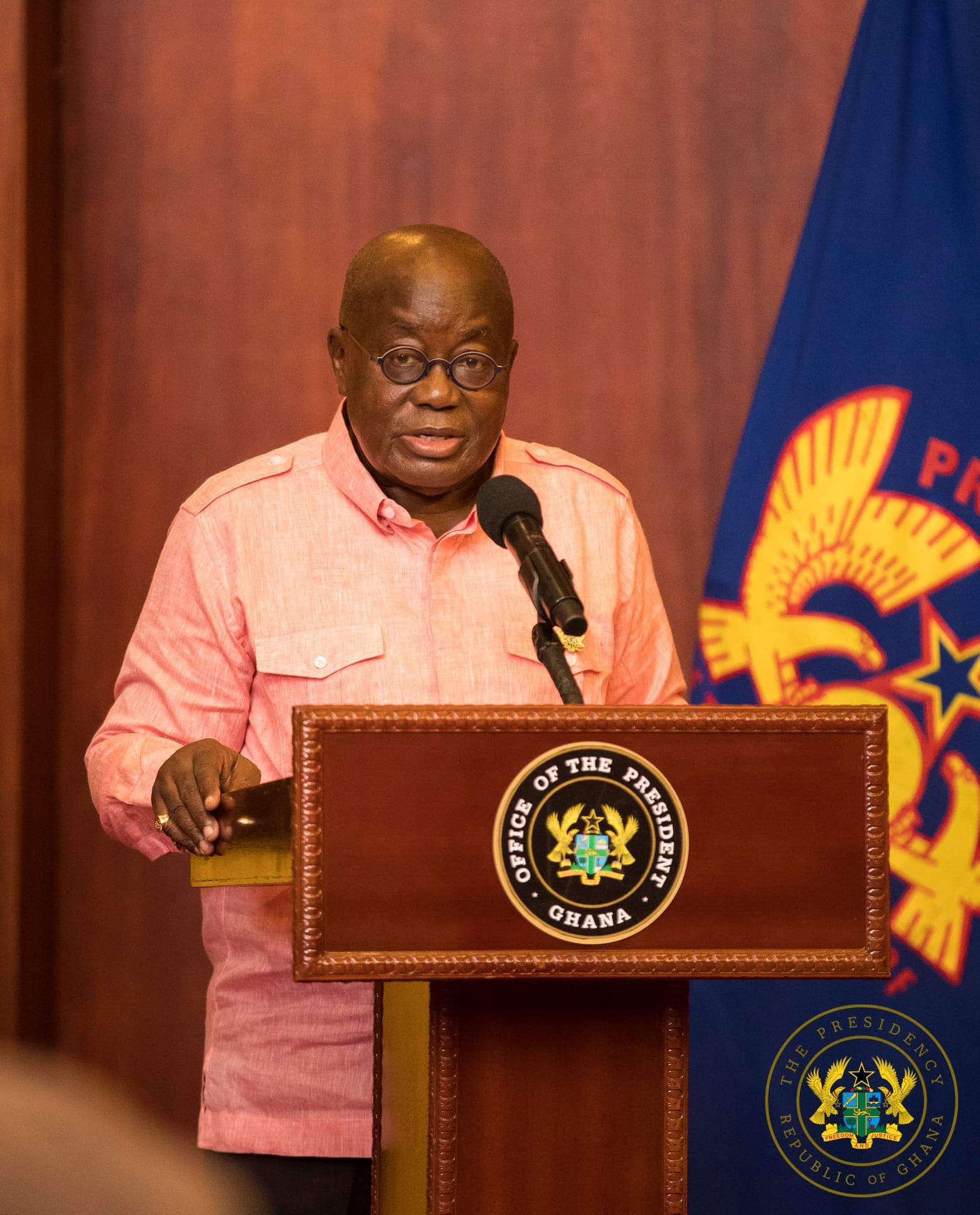 EC to conduct Council of State elections on February 12 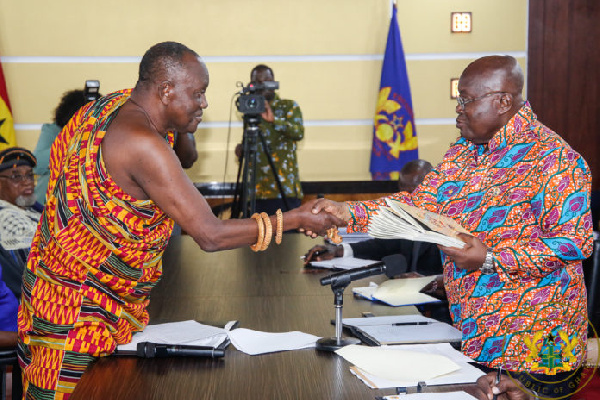 EC to elect Council of State regional representatives on February 12 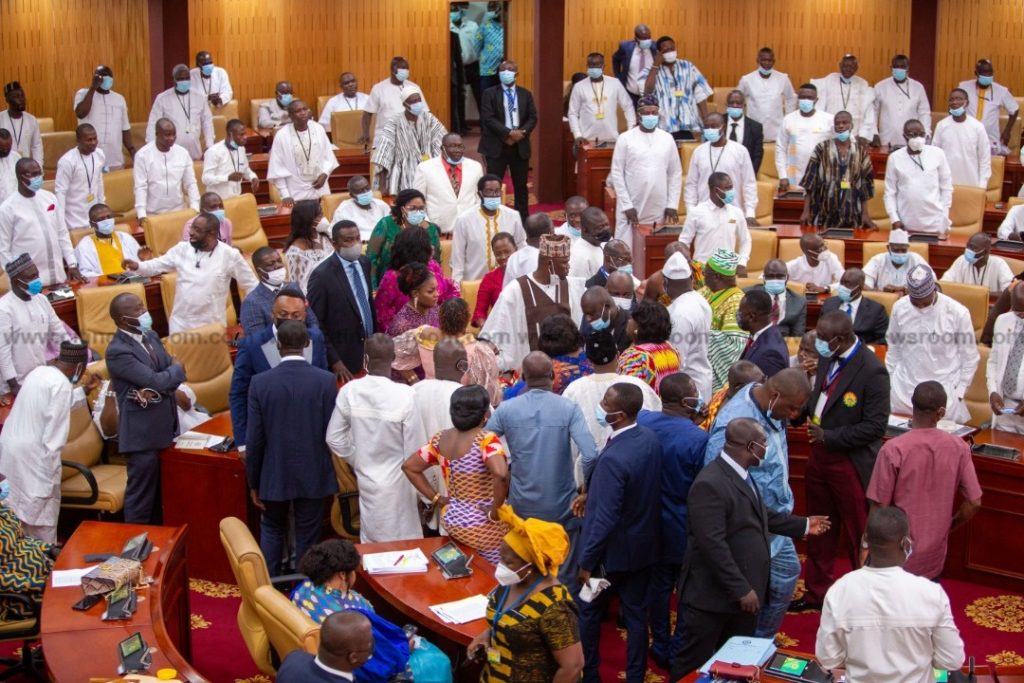 Confusion in Parliament as NDC MPs take over majority seat