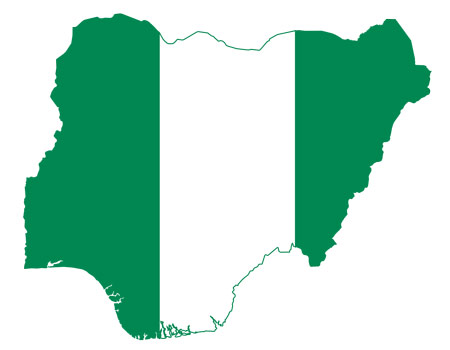 DURING the 2019 presidential campaign, the Minister of Power, Works and Housing, Babatunde Fashola, SAN, told the South-West voters that if they voted for the re-election ofPresident Muhammadu Buhari, he would support a Yoruba All Progressives Congress (APC) candidate for the 2023 presidential election. Earlier on, former governor of Lagos State and National Leader of the APC, Senator Bola Ahmed Tinubu, had promised not to contest the 2019 presidential election if President Buhari was interested in a second term. Meaning: Tinubu would wait patiently for 2023. A few days after Buhari’s re-election, a first class traditional ruler from Imo State expressed joy over the president’s victory. He congratulated himself for voting Buhari. The elated traditional ruler said he was sure that with Buhari’s support, the next president of Nigeria would come from the South-East in 2023. But an Abuja-based politician from Jigawa State reacted to the promises and expectations in a different way.

He said the Northern Mafia has a different plan for the 2023 presidency. According to him, the current ruling APC may fizzle out in 2023 because the consensus among the Northern power brokers is that since the South spent about 16 years in Aso Rock, the North too deserve to be in power for 16 years. He disclosed further that the mafia would pick a popular presidential candidate from Adamawa State who is currently a member of the APC. The anointed candidate would be made to switch allegiance to the PDP in order to further frustrate Atiku Abubakar’s presidential ambition. One other vital factor is that the candidate must have a military background. In 1998 when the military unbanned political activities, the Northern power brokers allowed two presidential flag bearers from the Southwest in order to pacify the Yoruba over the Moshood Abiola saga.  To them, one term was enough to assuage the feelings of the South-West hence some state governors and powerful stakeholders put pressure on Atiku Abubakar to contest the 2003 presidential election against his boss, President Olusegun Obasanjo, who wanted a second term so badly. Initially, Atiku bought the idea but suddenly changed his mind and backed out of the race. For a long time, Obasanjo never forgave his deputy for the transgression. The national chairman of the APC, Adams Oshiomhole, made reference to the incident at a recent party victory in Abuja. At the time in 2003, a professor of Political Science, Wale Adebanwi, observed that Atiku Abubakar’s withdrawal from the race was a costly mistake.

Prior to the 2019 presidential election, the consensus among political pundits was that Atiku’s financial war chest might assist him to turn the table against Buhari. But a Kaduna-based politician of the Aminu Kano school of thought sniggered at the idea. He stated: “Walahi, let me tell you, if Aliko Dangote contested the presidential election against Muhammadu Buhari, his money cannot guarantee him victory in the North because the average Northerner see him as a ‘Lagos boy’, ‘a Yoruba boy’ who attends owambe parties. That is exactly how the northern voters, especially those from the core muslim states, regard Atiku too. To the Northerners, Atiku is a ‘Southerner’. The voters here do not care about Atiku’s billion. They believe that if you are rich or poor, it is the will o f Allah.” Hajia Fatima is from the Dala area of Kano. She is not educated in the western style but very articulate, well-informed and politically aware. She spoke through an interpreter: “A Northern child is born and brought up to obey three layers of authorities in life: the traditional ruler, the imam, his koranic teacher; and the political leader. He is conditioned to obey and follow these leaders without hesitation.”

The average Northerner may not be educated in the western style. He is, however, quite knowledgeable and full of native wisdom. He is also very pious and holds his religious conviction very highly. In the area of information, there about 16 foreign Radio stations including BBC, VOA, etc constantly beaming information on virtually every subject under the sun through their Hausa subject to millions of Northern Nigerian listeners on a daily basis. Majority of these listeners are called talakawas and almajiris; they love their leaders, passionately; and they are ready to do anything for them. Buhari was a recent beneficiary of such unflinching support in the 2019 presidential election from his Northern strongholds. By 2022 or thereabouts, the northern political machine will come alive again because it will be time to pick Buhari’s successor. As stated earlier on, the Mafia would encourage a Southerner to pick the APC presidential ticket but when the chips are done, these powerful stakeholders will not support him because they will shift allegiance to the anointed PDP candidate from the North.

Now, consider all the noise made by notable Northern leaders including retired military generals and political politicians who advised President Buhari before the 2019 presidential election, to go home and rest, how many of them came out to vote for Atiku on 23 February,2019? And the fat cats in the PDP who assured the Waziri of victory, how many of them, including their wives and children, came out to vote on election day? Compare the apathy of this group of privileged Nigerians with the enthusiasm and commitment of the commoners, the hoi polloi, from Sokoto, Kebbi, Zamfara, Kaduna, Katsina, Kano, Jigawa, Borno, Bauchi to Yobe who trooped out massively to vote for their preferred candidates.

What about voters from the South? How many of them cared to go out to exercise their franchise? It will be recalled that Atiku complained bitterly that his supporters were suppressed and harassed in his strongholds in the South-East.That may be true.

But what about those millions of the supporters who professed love for Atiku, but preferred to sit at home, glued to their television sets, watching sports or home videos? It is not enough to declare support for a candidate in a political contest; you must go out and vote for him or her. That is the beauty and essence of democracy.

Another critical area in our nation’s political reality is the failure or inability of supposedly popular presidential candidates to think very deeply before making promises during political campaigns. Some of these promises could be outrageous, inflammatory or even self-deprecating. For example, in 1979 the presidential candidate of the Unity Party of Nigeria (UPN), Chief Obafemi Awolowo, promised to ban secondhand clothing and dried fish (okporoko) if elected President of Nigeria. In 1993, Moshood Abiola, presidential candidate of the Social Democratic Party (SDP) vowed to probe the Military, if he became President. Also, the Minister of Power under President Olusegun Obasanjo, Chief Bola Ige, threatened to recover the huge debts owed by Emirs on electricity consumption in their palaces.

Unfortunately, the presidential candidate of the PDP in the 2019 election, Atiku Abubakar failed to learn from history. He vowed to sell off the Nigerian National Petroleum Corporation (NNPC) if voted as president of Nigeria.

Did Chief Awolowo think that the Igbos would be amused by his decision to ban a delicacy so dear to the heart of a race?  Abiola thought he was smart and bold. What happened to him? His much cherished mandate was cancelled and the attendant victory turned into ashes in the mouth. Babangida and his cohorts made sure of that. Bola Ige was thrown out of the Power Ministry and later died in the most despicable manner. One of the Awolowo traducers later gloated over the Sage’s travails. He boasted that he got on a platter of gold what the popular politician and the apostle of free education struggled for all his life. With due respect, it was rather naïve of Atiku Abubakar to think that the Mafia running the NNPC, the opaque oil behemoth, widely regarded as the cesspool of corruption in Nigeria, would allow him get near their honey pot. You cannot touch the NNPC.

For eight years, Olusegun Obasanjo was President of Nigeria; he also doubled as Petroleum Minister. Currently, President Buhari has no Petroleum Minister of cabinet rank. When Dr Ibe Kachikwu, Minister of State for Petroleum, wanted to mess with the golden boy of the Mafia at the NNPC, he was decisively called to order.  Kachikwu quickly retraced his inquisitive steps. He wisely realised that though the oil wells may be in the bowels of his native Niger Delta, the controllers live in the arid region. So these things are well-patterned, non- negotiable and immutable.

Lesson: Learn to crawl before attempting to run hence the usual big fall and occasional fatality. Do you know that someone actually said recently that Nigeria is currently running a “military-democracy”?

This reminds me of what a friend of mine once told me about the former Premier of Northern Nigeria and Sardauna of Sokoto, Late Sir Ahmadu Bello. When the premier of the Western Region, Chief Awolowo, was busy running around to persuade parents to send their children to school, his counterpart in the North, Ahmadu Bello, was equally busy persuading the youths of his region to join the military because according to him, the future of Nigeria was in the hands of the military. Was the Sardauna clairvoyant? For about 30 years, our dear country was under jackboot despotism. The military had Nigeria under its thumb. Even in 2019, our democratic election was mindlessly militarised with several casualties. Whereas, in a country like Ukraine, people were drinking good wine and generally happy, while voting for their next president.

Back to the mafia and 2023 presidency. Already, there are rosy promises and “great expectations”. And, 2023 is just around the corner. But, a Bida taxi driver, Al-Hassan Paiko, asked rather rhetorically: “What does the Southeast really want, Nigeria’s presidency or Biafra Republic?”Food for thought.

Plight of almajiri and northern leaders

Post-Covid: What President Buhari is doing, and will do – Presidency

2023: Will Atiku take another shot at the presidency?

Coronavirus: European Commission president hopeful of vaccine by end of 2020