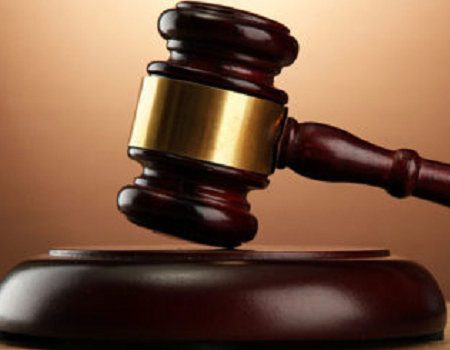 A 19-year-old apprentice, Chukwuebuka Francis, was on Wednesday brought before an Ikeja Magistrates’ Court for allegedly stealing his master’s electrical appliances worth N106,000.

Francis, who resides at Mafoluku, Lagos, however, pleaded innocent to the one-count charge of stealing.

According to the prosecutor, Insp. Aondohemba Koti, the defendant committed the offence in March in Ladipo area of Mushin, Lagos.

He said that the defendant stole a DVD player, one LG plasma television and a video player, all worth N106,000.

Koti said that the defendant was caught while selling the goods.

“George received a tip-off that the defendant was about selling some of his goods; he rushed to the scene, where he saw the defendant negotiating with the buyer.

“The complainant stopped the sale, retrieved the items and left,” he said.

The prosecutor said that the complainant then took stock of his goods and found out that the defendant had been stealing his goods.

He noted that stealing from one’s employer contravened Section 287(7) of the Criminal Law of Lagos State, 2015, which provides for seven years’ imprisonment for the offence.

The Magistrate, Mrs M.O. Tanimola granted the defendant bail in the sum of N80,000 with two sureties in like sum.

Tanimola said that the sureties must be gainfully employed and show evidence of two years’ tax payment to the Lagos State Government.

She adjourned the case until June 11 for mention.