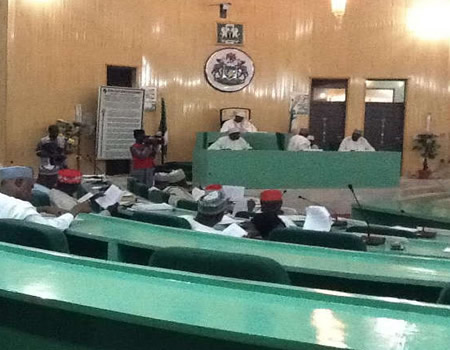 This was contained in a statement issued by the group and signed by its coordinator, Fanibuyan Olamide, who lamented that the state capital had not had her fair share in the political configuration of the state despite its ever-increasing population and voting strength at every election.

According to the group, Akure had continually clamoured for fair dealing and treatment in the sharing of major political positions both at the Federal and State levels since the return to democracy in  1999.

The group argued that the call for an Akure speakership became imperative to give room to fairness and social justices saying the people of the community had been sidelined politically in the 20 years of this democracy.

The group said “Few weeks to the take-off of the 9th Assembly, there is no need to play an ethnic card but to come to term with realities and qualities of what it deserves.

“It is expedient to state that the entire Akure community is resolute in her bid to support Hon. Sunday Olajide to clinch the position of the speaker which is zoned to the central senatorial district.

“The Akure community recognizes the selection of a speaker as an exclusive business of the Honorable members which should be devoid of any external interference.

“It is however imperative for the community to call the attention of the Honorable members to what is just, equitable, fair and of good quality, which will further enhance and prompt good representation and a purpose-driven Assembly,”

The ARG insisted that Akure was interested in the speakership of the Assembly and had not conceded it to the incumbent speaker, Bamidele Oleyelogun, as being circulated by a group.

They described the claim of conceding the slot to the incumbent Speaker as the wishful thinking of some people. but said Akure community was resolute in presenting one of her best and finest politicians with an intimidating and impressive record to lead the Assembly.

According to ARG, the elders, leaders and youths of Akure were solidly behind Olajide’s bid to emerge as the next speaker.

The group said: “It is worthy to set the record straight that the position of Akure on this matter was well articulated by the Deji of Akure Kingdom, Oba Aladetoyinbo Ogunlade Aladelusi, during a thank you visit by the Governor to the good people of Akure at the St. Thomas’s event centre.

“The Deji did not mince words in his speech before the large gathering which had Traditional Rulers, Chiefs, Religious Leaders, Opinion and community leaders as well as party faithful in attendance.

“It is therefore illogical and ridiculous for anyone to go against the collective interest of Akure people for selfish reasons and pecuniary gain just like the biblical Esau.”

The group countered the argument that Akure could not produce the next speaker because of the position of Secretary to the State Government (SSG) being occupied by one of her indigenes.

Saying it was laughable and a height of hypocrisy to use such as a yardstick for who emerges as the speaker, the group added that the SSG was an appointee of the governor.

“The prerogative of the Governor in this wise has nothing to do with the election of principal officers at the Assembly,” the group said.

At least about six people had shown interest to occupy the position which has been zoned to the central senatorial district of the state.

Among the top contenders is Oloyelogun who comes from Ifedore Local Government Area and Sunday Olajide from Akure South.