NAFDAC to ban paraquat, atrazine use by farmers

NAFDAC to ban paraquat, atrazine use by farmers

Tribune Online
NAFDAC to ban paraquat, atrazine use by farmers

Nigeria’s National Agency for Food and Drug Administration and Control (NAFDAC) on Wednesday, announced plans to ban the use of paraquat by farmers amid mounting evidence that the product hurts applicators and the environment.

The decision is coming at a time when new herbicides that are more safe and environmentally friendly are being registered in Africa’s most populous country.

A date for the ban has not been announced but it will happen very soon, according to Dr Bukar Usman, a director with NAFDAC, at the inauguration of Lifeline (a herbicide with the active ingredient, Glufosinate-ammonium) at the International Institute of Tropical Agriculture (IITA) in Ibadan on Wednesday.

“Paraquat has been banned in several countries and we can not continue to allow it to come into Nigeria, Other herbicides to be banned include atrazine,” Dr Usman said..

The regulatory agency also announced stricter measures to curtail the use of Snipper (Dichlorvos or 2,2-dichlorovinyl dimethyl phosphate) in homes to end the abuse of the pesticide which in recent times has been associated with suicides in Nigeria.

“Recently, some suicide cases have been associated with people drinking Snipper. Henceforth, we are calling on the agro-chemical industry to enhance their distribution channels so that this product (Snipper) gets to only accredited distributors and marketers. We have also placed a ban on the manufacture of smaller packs of Snipper which are easily purchased for household use,” Dr Usman explained.

On the use of glyphosate by farmers, Dr Usman said the agency has placed a ban on glyphosate-based formulations with tallow-amine (an emulsifier and wetting agent for agrochemical formulations).

He explained that tallow-amine was the component in glyphosate-based herbicides with health concerns.

According to him, agrochemical companies have been given the grace period of between now and December 2019 to withdraw all glyphosate formulations with tallow-amine from the Nigerian market.

Reacting to NAFDAC’s decisions, Mr  Shanni Srivastava, Country Manager- Nigeria, UPL, said his company was working towards ensuring that only safer and environmentally friendly herbicides are introduced in the Nigerian market for the benefit of farmers.

He said the debut of Lifeline was to offer a better and safer alternative to paraquat which in several countries in Africa had been banned.

Farmers who participated in demos involving Lifeline testified of the efficacy of the product.

The President of the Maize Farmers Association of Nigeria, Aminu Mohammed Abubakar described Lifeline as an excellent weed control herbicide in maize. Also Mr Tope Olabokunde, a cassava farmer who participated in the Technologies for African Agriculture Transformation (TAAT) program where Lifeline was used by researchers from IITA  said the product was a good controller of weeds.

He also commended IITA and Springfield Agrochemicals for collaborating with UPL to ensure that Nigerian farmers benefit from the innovation.

NAFDAC to ban paraquat, atrazine use by farmers
Tribune Online

COVID-19: Use only herbs approved by NAFDAC, virologists warn

COVID-19: NAFDAC warns against use of Chloroquine

Customs did not invite us to test Oyo rice – NAFDAC

We believe in hydroxychloroquine despite suspension by WHO, says NAFDAC DG 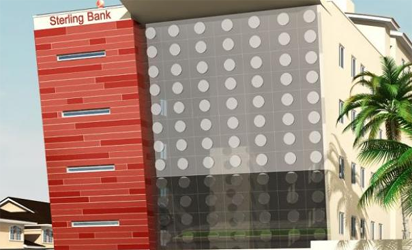 10,000 farmers to benefit from World Bank-assisted project in Lagos