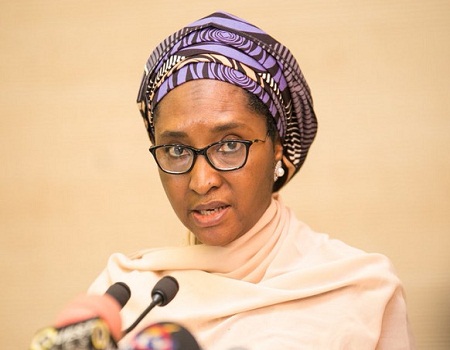 The Federal Government is considering introducing excise duties on carbonated drinks, according to the Minister of Finance, Budget and National Planning, Mrs Zainab Ahmed.

Ahmed gave the indication in an interview with newsmen on Thursday on the sidelines of the ongoing World Bank/IMF Annual Meetings in Washington DC, United States.

She said the idea was one of other areas, besides the proposed increase in VAT, that the government was looking at to broaden its revenue base.

The minister explained that the government was working hard to ensure efficiency in existing revenue streams while searching for new ones.

She said the government would consult with all stakeholders on the proposal in line with standard policy formulation process.

“Any tax that you are introducing will involve a lot of consultations and also amendments of some laws or introduction of new regulations,” she said.

Carbonated drinks include soft drink brands such as Coca Cola, Sprite and Fanta, while excise duty is a tax levied on locally produced goods.

Ahmed said her ministry was working with all the agencies to ensure that collaboration was strengthened in revenue generation.

“The government is trying to ensure that the work of the agencies are complementing each other as opposed to the past where everybody is working in silos.

“Efforts are ongoing to improve the monitoring performance of the revenue generating agencies, especially government-owned enterprises.

“We have now in place a rigorous monthly reconciliation of revenues and that is ensuring that the leakages are minimised.

The minister reiterated government’s resolve to sanction revenue generating agencies that fail to meet their targets.

“But now there will be consequences and we will be pushing to make sure that we provide all the support that the agencies will require to enable them perform,” she said.