As the University College Hospital (UCH), Ibadan, marks its 62nd anniversary, its Chief Medical Director, Professor Abiodun Otegbayo speaks on the many challenges of the hospital and how it is revolutionising the care of its teeming clients, in this interveiw by SADE OGUNTOLA. Excerpt:

When you assumed office as University College Hospital’s chief medical director, you promised some Public-Private Partnership (PPP) initiatives to improve patient care and systems. Have you achieved any?

The areas of PPP that I envisaged at that point had to do with the laboratories and the radiology department in particular. Funding of all government agencies, health not excluded, has been inadequate and, therefore, we had to think out of the box to get funding.

In the laboratory, we have been able to get a private investor to overhaul our haematology and blood bank. Currently, at the blood bank, there is a massive renovation ongoing in the section of the building previously occupied by Access Bank.

This investor, who I had seen in other places, putting in N250 million, is ready to do that for us here. He has given our blood bank some equipment, especially blood fridges, to ensure our blood is well preserved. And he is going to bring in equipment close to N1 billion that will be run on PPP for a given period of years.

We have discussed with companies that are ready to help us with radiology equipment like MRI and CT scan. And of course, we have a group called RAD-AIDS that have made our hospital the regional hub for training in interventional radiology. This will boost our position as number one hospital all over West Africa, as people will be coming for training in interventional radiology. We are not doing much of this at this point in time.Mind you, this is not the kind of PPP that involve them making undue profit or partnering with us for life. This is a form of partnership also with zero per cent financing.

For instance, a couple of months ago, we were able to get seven anaesthetic and two invasive monitors for our theatres from a company and we will be paying in instalments from the money generated from the theatre. At the end of payment, which in this instance is nine months, the equipment is fully ours.

What is the hospital doing to make sure life is easy for people coming to access care?

A major problem in underdeveloped countries is lack of the use of current technologies in handling issues. Now, there is what is called electronic record system, which is inclusive of e-pharmacy, e-neurology and so on. We are in the process of computerisation and digitisation of the hospital.

We have selected about 12 departments in its pilot phase that started last week. By the time the pilot phase had been completed, the whole of the hospital would have been digitalised. When fully running, right from my office, I can see the number of prescriptions given, investigations ordered, number of patients registered and what they are treated for and how much money the hospital has made in real-time.

Certainly, we are taking into consideration cybersecurity. There are different layers of approval or access for different persons. Already, some hospitals in Northern Nigeria had deployed it and all of them are applauding it because it has simplified care and reduced waiting time. Cases of missing patients’ case notes will be completely over too.

Many people complain about the long waiting time and difficulty seeing their medical consultants. What is the hospital doing about this?

One of the major reasons for the long waiting time is this manual system of doing things, including registering and retrieval of patient’s case notes. With digitisation, the record officer brings out the patients’ case note on the computer. The doctor can then access this case note right in the consulting room.

But that is if the consultant is around to attend to the patients?

The consultant does not always have to be there. What many people do not understand about UCH is that we are not just rendering service; we also render training and teaching. That consultant that you are expecting maybe delivering a lecture or on the research field. So you will not see him in the clinic.

That is why we have a set of doctors we call resident doctors. They reside within the hospital. These sets of doctors are of different levels. For instance, the senior registrars are almost consultants. They can do many things that the consultant does but because they are not yet fellows, patients are not registered under them.

Now we have decentralised our pharmacy. There are satellite pharmacies in every clinic, so you do not have to go to the central pharmacy as it used to be, with its long queue. With the inception of this administration, we have introduced what is called cash and carry pharmacy. One of this is already functional and two other ones are under construction. Patients can take their prescriptions there to buy if they do not want to wait at the hospital pharmacy. This cash and carry pharmacy operates 24 hours a day, unlike the other pharmacies at the hospital.

UCH just clocked 62 years. In your own assessment, how has it fared?

UCH, Ibadan is a geriatric institution and because of that there are some challenges that come with ageing. Its maintenance over the years, due to dwindling funding, has been poor.

But there is a reawakening that we need to move forward. However, in spite of all that, we are still the best in the country. May this year, we got the Nigerian Health Excellence award as the best performing tertiary hospital in Nigeria. So, we may say that we are not in Canaan, but we have long left the desert and we are on our way of getting there. The vision is to not just make the institution a tertiary care facility but a quaternary healthcare facility.

How are you going to bring back those days that foreigners from Saudi Arabia, Cameroun, and so on flocked to UCH for health care?

Well, we may not be able to reverse that completely because as at this time you are talking about, when the Prince of Saudi Arabia used to come for treatment, UCH was the only tertiary healthcare institution in Nigeria.

Most people believe that UCH should be self-sustaining to ensure the best of the system. Why is it difficult?

Well, it is difficult. First, just about five per cent of Nigerians are under health insurance. In any situation where many people are paying out of pocket, the hospital cannot be self-sustained. Second, UCH is a public health institution. We cannot charge commercial rate. If we do so, it will be out of the reach of the common man. Just for the same reason that you rarely see rich people coming to UCH, it is the poor and the average people because in private hospital, the cost is so high.

The private hospitals, many times, milk these patients dry and by the time they come to UCH, it is either they are indigent or they do not have money anymore.

I know the many waivers or exceptions my Director of Clinical Services and I give to patients who are indigent. By law, we are not allowed to send back any patient on account of lack of money and over the months and over the years, these people populate UCH.  Arising from this, we incur huge debt every year that runs into millions.  This cannot be less than N15 to N20 million in a year. That is why, many times, philanthropists and individuals donate money for indigent patients like the Itunu Fund operated by Chief Kola Daisi Foundation. But that is like a drop in the ocean.

At the end of the day, UCH still bears the cost and we are not refunded by the Federal Ministry of Health for all this. We are supposed to be refunded because we spent money. This is the IGR that we generate that is supposed to be deployed to take care of other services, equip the hospital; pay contractors who do some work for us and renovate the hospital. It is a drain on us, but we are happy to do it because it is having an impact on the lives of the people. It is saving some people’s lives.

Many studies seen from the hospital are not raising the bar of medical science, what is the problem?

The problem is that there is no research funding, especially in the health sector. To do research is very expensive and the reward does not just come immediately.

Somebody must put down money for such a study and in Nigeria, what has been done for the education sector in the form of the Education Trust Fund, it’s replicate Health trust fund, is needed for research in health.

If the government can do that, it will also affect the productivity in terms of clinical care and research and of course, that will also improve training. 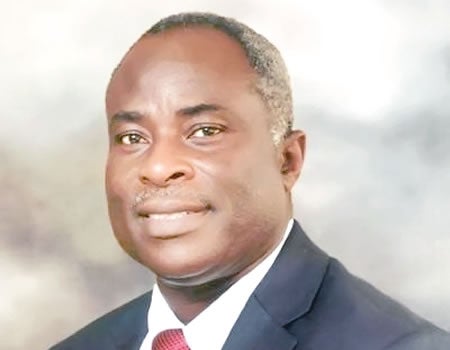