AS part of activities marking the 70th anniversary of the African Newspapers of Nigeria Plc, publishers of the Tribune titles, some Nigerians who have distinguished themselves in public service and nation building will be conferred with Platinum Awards in Lagos, on Tuesday, December 10.

In his acceptance letter, Mr Godwin Emefiele, Governor of the Central Bank of Nigeria (CBN), expressed his appreciation to the company and promised to personally attend the award presentation slated for Muson Hall, Onikan, Lagos on December 10, 2019.

The nominees for the award are being honoured for various reasons.

Under Mr Godwin Emefiele as Governor of the Central Bank of Nigeria (CBN), the Anchor Borrowers Programme of the CBN has revolutionized agricultural practice in the country and boosted rice production. Given his performance during his first term, he was reappointed in May by President Muhammadu Buhari, the first CBN governor to be reappointed since 1999. He was practically saddled with the management of the economy in his first term in office as the economy virtually relied on monetary policies. He had to introduce an interventionist currency policy to prop up the naira by pumping billions of dollars into the Foreign Exchange Market. He also introduced a multiple exchange rate regime to stave off pressure on the currency and avoid a series of devaluations. With his creative approach, he was able to stabilize the economy and steer it out of recession to the path of growth. His policy of not making foreign exchange available to importers of 41 items saved the country millions of dollars.

Dr Mike Adenuga, chairman of Globacom Communications Limited, is considered fit for the Platinum Award for his patriotism, which resulted in the crashing of call rates in the country. Before the advent of Globacom, the nation was told that per second billing was not possible. But Globacom under Adenuga introduced per second billing and forced others to join. His intervention in the industry has led to the democratisation of access to ICT with even people of low earnings being able to afford mobile telephones. Today, beneficiaries of his per second billing system are in every home, every village, town and city across the country.  With unending innovation, Globacom has contributed immensely to the improvement of internet service provision in the country.

Apart from being an astute businessman, Dr Adenuga is a philanthropist of note and has brought relief to the underprivileged in the society through his generosity.

Nothing rankles Sir Kesington Adebutu as the sight of suffering. This is why he established the Kesington Adebukunola Adebutu Foundation (KAAF) to bring smiles to the faces of those who are too weak to help themselves out of the challenges of life. Through the Foundation, Sir Kesington, who is a lotto magnate, has built many schools, hospitals, awarded scholarships to thousands of indigent students and has helped thousands to start their own businesses.

Alhaji Aminu Tambuwal, former Speaker of the House of Representatives, is the governor of Sokoto State. Since his assumption of office, he has not left anyone in doubt of his determination to change the narrative of the state. He has also stressed his commitment to human capital development. The determination to build the human capital resulted in his administration criminalizing parents’ failure to enroll their children in school so as to improve the literacy level in the state. Apart from his human capital development, Governor Tambuwal has also brought creativity to governance which has increased the prosperity of his state.

Governor Ifeanyi Okowa of Delta State has won for himself national renown as a governor who is determined to make healthcare accessible and affordable to his people. His state is the first in the country to introduce Universal Health Coverage with the establishment of the Delta State Contributory Health Commission. In the spate of four years, he embarked upon over 450 road projects, comprising 1,269.42 kilometres of roads and 517.34 kilometres of drains. Governor Okowa also built the Stephen Keshi Stadium, Asaba, which has become a Mecca of sort to sportsmen across the continent.

His administration has also embarked on the construction of the Asaba Storm Water Drainage Project and the new Central Secretariat Complex.

Having served his state in different capacities, including being the executive chairman of Guma Local Government Area from 1991 to 1993, he was appointed a minister of the Federal Republic of Nigeria in July 2011. He left his party, the Peoples Democratic Party (PDP) in 2014 as a result of injustice and joined the All Progressives Congress (APC), on which platform he contested the governorship and won. On May 22, 2017, Governor Ortom made history by signing the Benue State Open Grazing Prohibition and Ranches Establishment Law.

If Governor Godwin Obaseki inherited a good state, he has definitely made it better. Since coming on stream as governor of Edo State, certain things have been paramount to him. These are improving the state of education, improving on the environment, making the state an investment hub and improving the state’s health delivery system.

To realise his vision for the state, he has enacted a number of projects, including the Benin River Port Project, the Benin Industrial Park and the modular refinery project, among others. He also introduced Edojobs, an initiative meant to tackle high rate of unemployment among youths in the state through skills acquisition. The governor has rehabilitated about 250 public schools and reconstructed about 60. He launched the Edo Basic Education Transformation (Edo BEST) for the purpose of training and equipping public school teachers with top-of-the-range skills and expertise for deploying Information and Communication Technologies (ICTs) in classrooms to improve learning outcomes. Plans are underway to build about 200 primary healthcare centres. The governor is also pioneering a state-backed health insurance scheme to provide a robust sector that will attract private investors.

Governor Seyi Makinde set the tone for his administration when shortly after assumption of office he publicly declared his assets. He also won the hearts of the people of Oyo State when on the day of his inauguration as governor he announced the inception of free and qualitative education in the state; the abolition of the N3,000 levies on students and any such form of fees. He also announced the donation of his salary as governor to pensioners’ union.

Within his first six months as governor, he recorded remarkable feats in the areas of health, education, security and economic expansion using the agriculture value chain. He turned around the fortunes of Adeoyo Specialist Hospital on Ring Road; distributed textbooks and exercise books to students; flagged off the light-up Oyo State project, kickstarted road rehabilitation and reconstruction and cleared pension/gratuity arrears from 2010 to 2013.

Mrs Betty Anyanwu-Akeredolu is not a feminist, but a humanist. She is motivated by the desire to make life better for the other person irrespective of their gender. Having survived breast cancer, she resolved to help as many people as possible to survive the dreaded ailment. This led to the establishment of Breast Cancer Association of Nigeria (BRECAN), a leading NGO that is galvanising action against breast cancer in Nigeria through public education, patient support, advocacy and research.

She also established the Betty Anyanwu-Akeredolu Foundation (BAAF) through which she has been able to touch many lives and bring succor to many hurting souls. An ardent promoter of literacy, the wife of Ondo State governor, Mr Rotimi Akeredolu, has come up with programmes such as Reading is Fun, Essay Competition and Spelling Bee Competition to stimulate young people’s interest in education. She is also committed to advancing the economic status of women, nurturing the interest of young girls in ICT and solar energy technology in order to bridge the gender gap, developing talents in arts and sports, promotion of improved sanitation in schools and communities and inclusive quality education for the deaf.

As Osun State governor, Prince Olagunsoye Oyinlola was able to put an end to the over 100-year war between the people of Ile Ife and Modakeke. The credit of Home Grown School Feeding programme which other states are copying goes to Oyinlola who pioneered and sustained the programme for about six years in Osun State with his successor continuing where he stopped. He built several thousands of classrooms and provided free education, including bursary and free textbooks to primary and secondary school students. He also built the six-campus Osun State University, which UNESCO, within the first two years of its existence, described as a model in addition to constructing over 2,000 kilometers of urban and rural roads as well as connecting 87 towns and villages to the national electricity grid through his comprehensive rural electrification programme.

Under the leadership of Senator Godswill Akpabio, Akwa Ibom State became a permanent construction site as many projects were up and running across the state simultaneously. He completed the Ibom International Airport, which he met at site-clearing level, constructed more than 300 new roads, built a new state-of-the-art governor’s lodge, constructed West Africa’s first digital library – the Ibom e-Library, built the 3.7 kilometres underground drainage project using pipe-jacking drainage technology in flood-prone areas in Uyo, Itu and Abak; the first of its kind in Africa and completed Ibom Power Plant project.

He also instituted free and compulsory education programme from primary to senior secondary school, initiated free healthcare programme for children (five years and under), expectant mothers and the elderly; and built five new general hospitals and a specialist hospital of international standard.

With his dexterity and creativity as governor, Senator Ibikunle Amosun grew the Internally Generated Revenue (IGR) of Ogun State from N700 million monthly in 2011 when he assumed office to N7billion monthly in 2019. His administration attracted 423 mega industries and over 1,000 medium and small scale industries during his eight years in office. Senator Amosun transformed Ogun State by constructing many modern roads and bridges, building model schools and improving the state of health facilities in the state.

Citizens of Oyo State will remember Senator Abiola Ajimobi, the immediate past governor of the state, for taking the bull by the horns and putting an end to brigandage in the state. Shortly before his advent, fear ruled the state as thugs held sway but he was able to turn the tide around and made the whole of the state a habitation of peace. But Ajimobi’s achievements transcend enforcing the peace, he turned Ibadan into a modern city by constructing new roads and expanding existing ones and improving on its aesthetics. He provided free health care through the free health mission programme and established the Technical University, the first of its kind in Nigeria.

When suspected herders stormed a village in Plateau State last year, about 300 of the villagers, mostly Christians, had no choice but to flee to the neighbouring Nghar village in Gashish District in Barkin Ladi Local Government Area. On arrival at Nghar, they found out that the only safe place for them was a mosque. They went into the mosque and were sheltered and shielded from harm by an 83-year old Imam, Abubakar Abdullahi.

When the attackers got to his village, Abdullahi, in spite of the obvious danger to him, did not give up the Christians. There were sporadic shootings and stampede but he ensured the safety of the Christians. 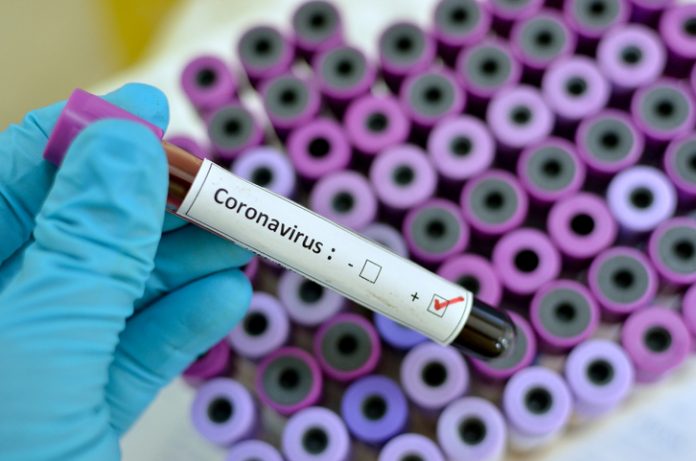 Covid-19 : Gombe Govt’ says only 4 persons on self isolation