Mobile money hasn’t just changed the economic and social fabric of Africa. It has changed the world. Latest research shows that in 2017, the mobile money industry processed transactions worth USD$1 billion a day, generating direct revenues of over $2.4 billion.

Today, there are more than 690 million registered accounts in 90 countries. Mobile money has evolved into the leading payment platform for the digital economy in many emerging markets.

While Sub-Saharan Africa remains the epicentre of mobile money and growth in the region shows no sign of slowing, mobile money has also gained traction in other parts of the world. In 2017, for the first time, industry growth was led by another region. With 47 per cent year-on-year growth, South Asia was the fastest-growing region in terms of registered mobile money accounts and now represents 34 per cent of registered accounts globally.

Mobile money is clearly reaching scale all over the world. A steady increase in active customers, transactions and direct revenue are all signs that mobile money is evolving into a sustainable industry and represents an important driver of economic growth in developing markets, particularly through formalising payments, increasing transparency and boosting GDP.

The spread of mobile money beyond traditional footholds is also evident in Sub-Saharan Africa. In 2017, Western and Middle Africa were the fastest growing areas regions, led by tremendous growth in registered accounts in countries including Cameroon, Côte d’Ivoire and Ghana.

For example, in just four years, MTN Ghana has experienced exponential growth in mobile money account activity. Regulation played a role here, following the introduction of a new set of rules by the Bank of Ghana in July 2015. Between 2012 and 2017, activity rates grew from seven per cent to over 70 per cent.

As mobile money matured in 2017, new trends inevitably emerged – in Sub-Saharan Africa and beyond. These trends include the accelerated growth of bank-to-wallet interoperability, the growing adoption of smartphones, the proliferation of “fintech” companies, the digitisation of new sectors of the economy, and renewed efforts by companies and governments to reach the most vulnerable and underserved.

Change must be embraced, but the future is complicated: industry players once celebrated as innovators are now seen as incumbents, as fintech and tech giants bring a new wave of disruption. The digital ecosystem is evolving, and providing services is no longer enough.

As Africa’s mobile money industry positions itself as the gateway of choice for new digital services, many traditional tools will remain relevant. The persistence of the cash economy in emerging markets means that complex distribution networks will continue to be crucial for digital services to interface with physical lives. In a business that relies deeply on trust, the role of longstanding brands and the understanding of local context will undoubtedly remain integral to reaching people outside of the formal system.

Some concerning trends in the realm of mobile money regulation have emerged, most notably the spread of taxation in sub-Saharan Africa. As governments seek to boost public revenues, the instinct to tax mobile money has sometimes reflected confusion about the difference between the value of transactions flowing through the mobile money platform and the fees earned by the provider. The two can differ by a factor of one hundred. GSMA research published in 2017 showed that mobile money in one country is now taxed at a higher excise duty rate than alcohol and cigarettes.

The policy and regulatory environment in Sub-Saharan Africa will play a vital role in driving a new phase of growth. Mobile money is delivering access to health and education, empowering women with employment opportunities and reducing poverty. In an increasingly turbulent world, it is also providing a lifeline, with digital humanitarian cash transfers and affordable international remittances giving refugees safe and convenient ways to meet pressing needs.

As regulators confront questions around data protection, taxation and more, the policy end game of greater inclusion must remain at the fore.

Freedom of speech indeed: Jailers of journalists in the sub- Saharan African 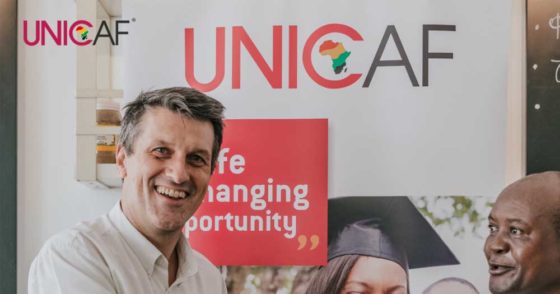