INEC and responsibility for management, control of 2019 electoral security

INEC and responsibility for management, control of 2019 electoral security

AS we approach the General Elections, there is need to lend one’s voice to ensuring that a peaceful, free, fair and credible election is conducted by Independent National Electoral Commission, INEC. Shortly before the former Inspector General of Police, IGP, Ibrahim Idris left office, I watched a programme where there was an argument of who should be in control of Police personnel posted to work with the INEC, during elections between him and the INEC Chairman Prof. Mahmood Yakubu. Whilst the former IGP was of the opinion that the Police should be in charge, the INEC Chairman thought otherwise, stating that INEC ought to be in charge.

Recently, there has been an over bearing attitude of state actors, especially officials of the Nigeria Police Force in political affairs. As a free citizen of this country, I think we have had enough of Police interference in electoral affairs. Therefore, as we approach the 2019 General Elections, there is need to put up measures to check the activities of some politicians and officials of the Police Force, who will collude with them.

Therefore, I want to align myself with the INEC Chairman that INEC should be in charge of Police personnel posted to it during elections.

Former President, Dr. Goodluck Ebele Jonathan signed into Law Section 29 (3) of the Principal Act as Amended which states that:

“Notwithstanding the provisions of any other law and for purposes of securing the vote, the Commission shall be responsible for requesting for the deployment of relevant security personnel necessary for elections or registration of voters and shall assign them in the manner determined by the Commission in consultation with the relevant security agencies:

PROVIDED that the Commission shall only request for the deployment of the Nigerian Armed Forces only for the purposes of securing the distribution and delivery of election materials and protection of election officials”.

The Nigeria Police Force and INEC should sit down for INEC to work out how many Police Personnel it will require to conduct the election nationwide.

If there is any misconduct, let INEC be the body to call them to effect take care of the issue.

In order to ensure that security personnel remain neutral, I am proposing the India model of conducting elections.

In India, many of the organisations that work during elections, are led by the Election Commission of India, ECI. The national Indian Police Force called the Central Armed Police Force, CAPF, and the State Armed Police, SAP Force, join together to provide adequate security and monitoring during elections, although the CAPF is the main body; they are under the control of the ECI. And both forces maintain absolute neutrality and conduct themselves in line with the demands of the ECI. At the end of the elections, the ECI pays them and in fact rewards those of them who perform well.

It must be remembered that India is the largest democracy in the world with a population of over 1.3 billion and an electorate of over 863 million. It uses this method of the electoral body controlling the Police Personnel posted to it during elections, and that is the reason Indian election is largely free, fair and credible.

This method will avert the system of direct posting whereby the Nigeria Police Force will just wake up on the eve of election, to announce, that it has deployed 30 thousand Police personnel or so and so number, to a State to provide security during election. Whether these personnel are on ground or not, nobody knows, whether they are up to the numbers quoted, nobody knows. The payments made to security personnel who work during elections by the ECI, are in public domain.

However, one feels some respite with the “bond” of Mr. President in his Christmas Message to the country when he said “My avowed commitment to free, fair credible and violence-free polls is not ruse or yet another vain political promise. My word is my bond”.

We want to believe that he will keep to this vow, because so far nothing seems to indicate that this noble vow will be kept by State actors.

A writer once said that: ‘Political Parties come and go, but Nationalities remain’.

2019 polls, INEC and challenges ahead 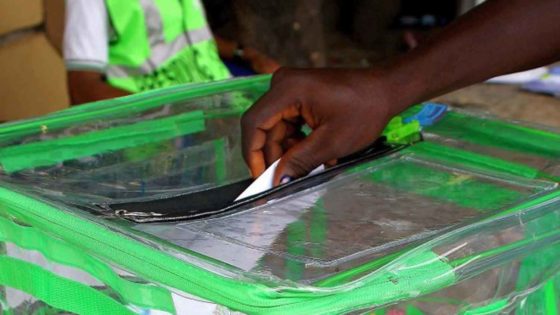