The Accord Party in Oyo State has adopted the governorship candidate of the All Progressives Congress (APC), Adebayo Adelabu, as its candidate.

A statement issued on Friday in Ibadan by the state Chairman and National Secretary of the party, Chief Muda Ogunsola and Dr Adebukola Ajaja respectively, said the decision to adopt the APC governorship candidate was taken by the state executive and party chairmen in the 33 local government areas of the state.

The statement reads in part: ”The adoption, which was endorsed by the national headquarters of our great party, was as a result of realisation that Accord might not be able to achieve its quest to give Oyo State good governance.

”Hence the need to have a workable alliance with Adebayo Adelabu, the APC candidate in the Saturday election.

”The leadership of Accord after evaluating the two major contenders – Seyi Makinde (PDP) and Adebayo Adelabu (APC)–decided to pick APC candidate as the most intelligent and credible candidate capable of taking Oyo State to height of development in the next four years.”

It said that Accord party, however, remained a registered political party in Oyo State which needed to form an alliance with a formidable political party.

”We thereby direct our members and supporters across the state to cast their votes for Adelabu during Saturday’s gubernatorial election,’’ the statement said.

Reports have it that efforts to get the reaction of Mr Saheed Ajadi, the Accord Party governorship candidate in Oyo State, to the development proved abortive as calls put to his cell phone did not go through. 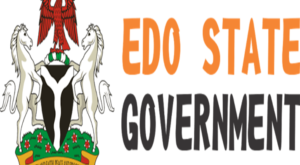