A documentary by “BBC Africa Eye” has revealed a senior lecturer and former sub-dean in the Faculty of Art, University of Lagos, Akoka (UNILAG) made sensual advances towards an ‘assumed 17-year-old girl’ seeking admission in the prestigious university.

The lecturer, Dr Boniface Igbeneghu was reported in the video documentary to be the head pastor of a local Foursquare Gospel Church.

The BBC journalist questioned current and past students of UNILAG for a period of nine months on the state of sexual abuse by lecturers in the school.

Boniface was picked as a prime subject following numbers of accusations levied by the students interviewed by the investigative journalists.

BBC Africa Eye sent an undercover journalist to approach the lecturer claiming she is in need of admission.

The undercover journalist presented herself as being a 17-year-old secondary school graduate.

17-year-old is below the legal age of consent both in Lagos State and in the country. This means having a sexual relationship with a person of such age is classified as “child abuse” or better “child sexual abuse”.

The lecturer invited her to his office for a number of tutorials.

As a safety measure, the decoy has a panic button with her that alerts her colleagues in case of any danger.

“So sit down, how old are you?” The lecturer was seen asking when the girl when she visited him in his office.

When she replied 17-years-old, he said; “17? And you look very big like this? Don’t you know you are a beautiful girl? Do you know that? You are not beautiful, you’re very beautiful.

“Do you know I am a Pastor? Do you know, and I’m in my fifties. What will shock you is that, even at my age now,

“If I want a girl of your age, a 17-year-old, all I need is to sweet tongue [talk] her and put some money in her hand and I will get her.”

In the second meeting with the student, Dr Boniface assured her he would help concerning the admission. But towards the end of the meeting, he asked about her sex life.

“At what age did you start knowing men?”

Clarifying his question, he asked, “At what age did you start having sex?”

?Sex for marks in Nigerian universities

?Sex for mark, sorting a thing of the past in Auchi polytechnic, says rector

The lecturer in one of the recorded meetings described a section of the school’s staff club known as the “cold room” where lecturers make out with female students.

“There’s an upper part of the staff club there, where lecturers when they take girls there, they go there to go and smooch them, and romance them,”

During one of the recorded meeting by the BBC Africa Eye, Boniface locked the door and ordered the girl to come closer after which he wrapped his arms around her promising he won’t harm her.

He released her when she took an excuse to use the toilet.

The BBC report noted the lecturer did not respond when confronted with the allegation.

‘Sex for grade’ is one of the main plagues that has infested the Nigerian tertiary institutions.

A lecturer in OAU, Prof. Richard Akindele has lost his job after report of his ”sex-for-mark” scandal trended on the social media.

Earlier this year, there was also an alleged case reported by Vanguard in Ekiti State University (EKSU).

Corruption Scandal: NDDC Is A ‘Cash Cow’ For Politicians – Wike 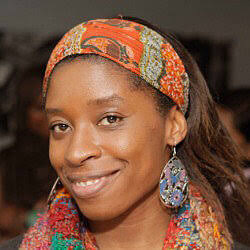