The management of Rufus Giwa Polytechnic, Owo, on Tuesday, sacked Mr. Oluwadare Ijawoye, the Chairman of the Academic Staff Union of Polytechnics (ASUP)  in the institution and his Secretary, Mr. Ade Arikawe, over alleged gross misconduct.

The News Agency of Nigeria (NAN) recalls that ASUP had accused principal officers of the school and the Chairman of the institution’s Governing Council, Mr. Banji Alabi, of misappropriation of funds in the purchase of vehicles.

The sack was contained in a circular issued by the school’s management and made available to NAN in Akure by Mr. Samuel Ojo, the school’s Director of Public Relations and Protocol.

The circular warned that the sacked staff should not be seen in the institution, adding that members of the public should not transact business with them under the auspices of the polytechnic.

It also reiterated the suspension of ASUP activities in the school.

“This is to certify that Mr. Oluwadare Ijawoye and Mr. Ade Arikawe have been dismissed from the service of the Rufus Giwa Polytechnic, Owo, for gross misconduct and barred from entering the polytechnic.

“The duo, therefore, cease to be chairman and secretary of the suspended ASUP.

“Anyone transacting business with them is doing so at his risk,” the circular said.

The sack of the ASUP leaders was the climax of the face-off between the union and the management of the institution.

Ijawoye had accused the institution’s management of approving and using N68 million for the purchase of about five vehicles, most of which, he claimed, were second-hand cars.

He also said that the act was contrary to the extant law of Ondo State.

Ijawoye said that the union had already approached an anti-graft agency, adding that details would be made known to the public soon.

He alleged that the council had knowledge of the action and was trying to doctor some documents.

Ijawoye maintained the union’s stand that the council had no right to approve N68 million, but a maximum of only N14 million.

But the institution’s management had dismissed the claim of misappropriation, saying the purchase of vehicles was statutory.

The management in a statement asked Ijawoye to save his energy by approaching the various anti-graft agencies rather than “his nauseating ranting on social media” since he claimed to be in possession of various incriminating documents.

The statement described most of the comments and pictures painted about the polytechnic on social media by Ijawoye as unfounded and baseless.

“The chairman of the council, Mr. Banji Alabi, was already quite comfortable, very successful and rich before venturing into politics. He is a man endowed with a passion to make the institution a silicon valley.

“So, allegation of misappropriation of money as alleged by Ijawoye is, therefore, laughable, as it remains a figment of the imagination of a drowning man.

“The polytechnic management remains committed to promoting the welfare of its workers at all times and will do everything possible to ensure that this spirit is sustained,” it stated.

According to the statement, the state government is aware that the allegation is an attempt to discredit the Governing Council and the polytechnic management.

It added that the act was orchestrated to promote certain elements eyeing the seats of principal officers of the polytechnic in the ongoing recruitment.

The statement also said that the negative emotion attached to the act by the opposition party was to sabotage the good vision of the government.

It also described the activities of ASUP in the polytechnic as illegal since it had been suspended for a while by the institution’s management.

“Not a dime belonging to the polytechnic has been illegally deposited into the Governing Council chairman’s account or that of any of the council members.

“It will be nice if Mr. Ijawoye can back his claims with relevant documents indicating such transactions, for the onus of proof is on he who accused.

“Buying official cars for council chairman and principal officers is statutory and, in this instance, the polytechnic did not buy brand new cars but fairly used cars and were bought as appropriated in the polytechnic,” it stated. 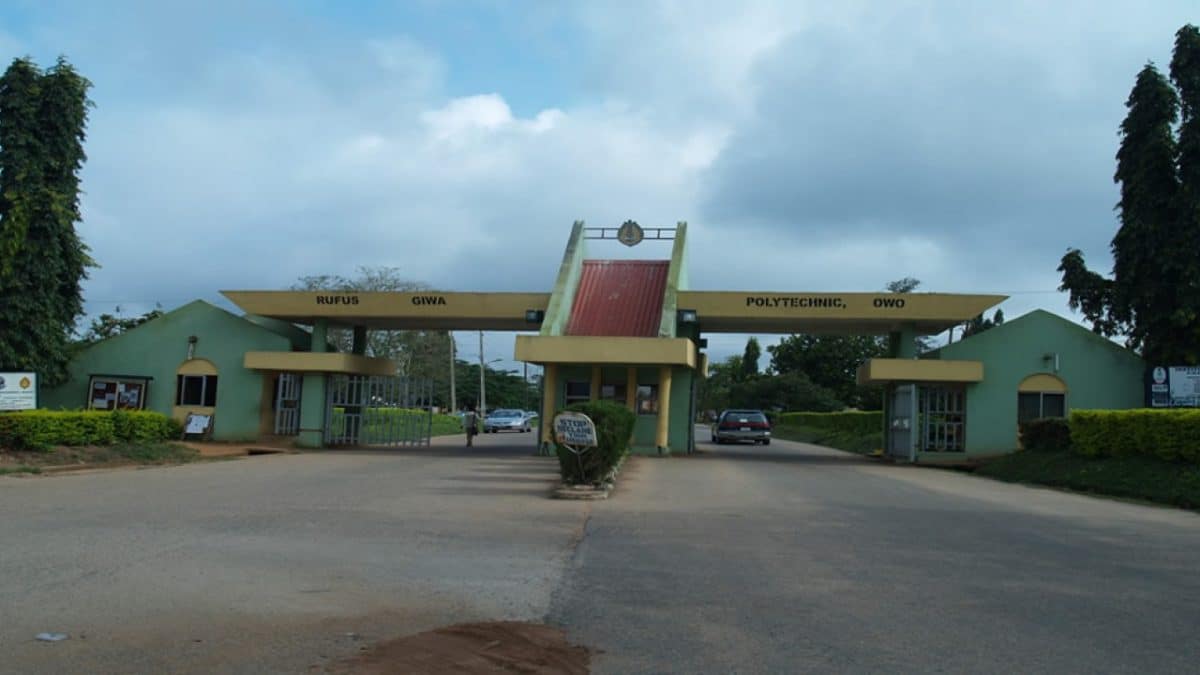