Some members of the Central Lekki Phase 1 Residents Association in Lagos State, on Saturday, protested against the proposed location of a five-story school building in their residential estate.

They said such development in a strictly residential estate, would only lead to chaos, urging the state government to look into the matter and relocate the school.

One of the residents, Mrs. Folake George, while expressing displeasure, said that building a school in an enclosed part of the estate would make it inhabitable for the residents.

She said that the association had written a letter to the authorities in charge to show its displeasure over the development.

“The estate is very communal, and we have a serene environment; we have some schools already in the neighborhood.

“The issue is that this school is going to have five floors in the proposed building plan, and the area where the school is to be situated is not just comfortable for such development.

“We are appealing to the state government to come to our aid and help us, probably, find another location for the building the school,” she said.

Another resident, Mr. Val Izah, who is a lawyer, said that originally, 90 percent of the block was allocated for a school.

Izah said: “So, the government now decided in its own wisdom to convert it to a residential estate and what we have here are three plots of land left for a school.

“The challenge is that the effect of the school on the environment is going to be terrible, including traffic, waste, school buses coming in, parents dropping off children, and this estate cannot cope.”

Another resident, Mr. Ben Onuora, said that there ought to have been an environmental impact assessment conducted before the location of the school in the area.

According to him, the school should not have been approved if the assessment had been carried out.

“We expect the state government to partner with the association to ensure that the master plan of Lekki stays intact.

“As a matter of urgency, we appeal to the government to step into this matter to prevent what is clearly chaotic,” Onuora said.

In his remarks, the association’s Chairman, Alhaji Rilwan Haruna, said the protest was peaceful, saying that it was 0meant to draw the attention of the government to the development.

“We are here staging a peaceful protest to appeal to the State Governor, Mr. Babajide Sanwo-Olu and other government agencies.

“The governor is able, and I am sure he will listen to us and do the needful,” Haruna said.

In a telephone interview with the News Agency of Nigeria (NAN), the state Commissioner for Physical Planning and Urban Development, Dr. Idris Salako, said he was not aware of the protest.

Salako said that the residents had not written any letter to the agency of the government to show their displeasure and that staging a protest was not the way to go.

He said: “However if the site was not designated for a school and there is no planning permit granting them approval to locate the school there, they are not supposed to locate it there.”

Togolese protest against their President in Lagos 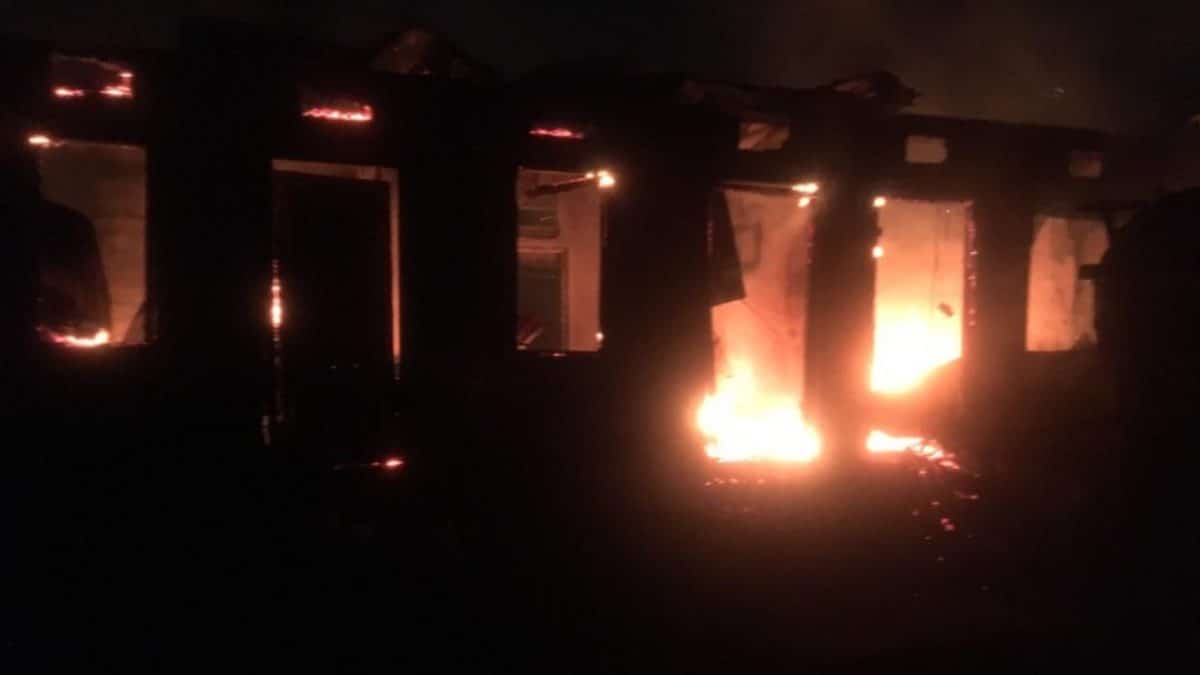