A Human rights activist and lawyer, Mr. Femi Falana, has urged journalists not to peddle rumours in their quest to fight injustice in the country.

Falana, a Senior Advocate of Nigeria (NAN), gave the advice on Monday night at the 14th Wole Soyinka Award for Investigative Reporting at Ikeja, Lagos.

News Agency of Nigeria (NAN) reports that the award was organised by Wole Soyinka Centre for Investigative Journalism (WSCIJ) to celebrate journalists who take the risk of protecting democracy.

The human rights activist while congratulating the awardees also urged them to keep up the good work.

“We must ensure we fight injustice until it is over in our country.

“I will also urge us all, particularly journalists, not to peddle rumours in their quest to fight injustice,” he said

Earlier, different categories of Journalism and Lifetime Awards were awarded to journalists who excellently in investigative reports in various fields.

Mr Isine Ibang of The Next Edition Newspaper won the Investigative Reporter in the online category.

He also won award of the 2019 WSCIJ Nigerian Investigative Reporter of the year with his reports on “How Bribe Taking Security Operatives Gangs Force Nigerians To Pay Dearly for Food.”

The runners up in the online category are Damilola Banjo of Sahara Reporters and Chikezie Omeje of the International Centre for Investigative Reporting (ICIR).

In the Photo category, Odutayo Odusanya of the Punch Newspaper emerged the winner while Ayodele Adeniran of The Guardian Newspaper, Saheed Olugbon, Punch Newspaper were runners up.

In the Editorial Cartoon category, Mr. Albert Ihams of The Sun Newspaper won with his reports on N13.5 million Sitting Allowance for Senators.

Samuel-Wemimo Bukola and Sharon Ijasan of the Television Continental (TVC) got awards in the Television category for their reports on “Depression and Suicide” and “Child Labour, Child Rights, Labour Laws Violated by Chinese Company”, respectively.

In the print category, Samson Folarin of Punch Newspaper with his reports, “Certificate, Plagiarism Scandal rocks Nnamdi Azikwe University” was awarded the winner.

Oladimeji Ramon of the Punch Newspaper and Chinwe Agbeze of Sun Newspaper were runners up.

WSCIJ also honoured Mr Sunmi Smart-Cole, a veteran photojournalist and the Amnesty International Nigeria with a Lifetime awards for journalistic excellence for their fight against human rights violations and oppressive laws.

They were also recognised for their efforts to defend freedom of expression in Nigeria.

Earlier in his remarks, WSCIJ board Chairman, Prof. Ropo Sekoni, commended the finalists and honourary award recipients for a great work done.

Sekoni appealed to citizens across class, faith and nationality on the need to remain steadfast in sustaining the democracy attained in the country, at great sacrifice in 1999.

“Our culturally diverse country needs democracy more than most people can imagine.

“Democracy requires that political leaders and followers show respect for and tolerance of different perspectives, values for without which electoral democracy may not achieve its most important goal,” he said

NAN reports that the Wole Soyinka Award for Investigative Reporting is an annual event that had its maiden edition in October 2005.

The Award is held every Dec. 9, the World Anti-Corruption Day and Eve of the Human Rights Day.

It is aimed at acknowledging best practices in investigative journalism and attention to its significance for attaining good governance, social justice, and accountability. 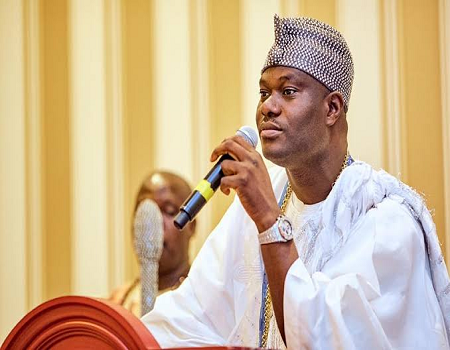