Critical peace builders working for the resolution of farmers/herders conflicts in Plateau, Benue and Nasarawa States have reiterated their commitments towards ensuring the peace processes initiated to end the recurring menace in the Middle Belt region is sustained and lasting peace restored in the States.

The stakeholders at a two-day Regional Peace Architecture Dialogue, RPAD in Jos expressed diverse views which would help nip violence conflicts in the bud and called on governments of the North Central States to work in collaboration with one another to ensure peaceful co-existence among the people.

Speaking at the event organized by Search for Common Ground, a non-governmental organisation working in the region to transform farmers/herders conflicts and promote freedom of religions and beliefs, Plateau State Governor, Simon Lalong commended the efforts of Search in ensuring peace not just in Plateau but the North Central and expressed his determination to enthrone in the peace.

Represented by the Secretary to the State Government, Professor Danladi Atu, Lalong stressed his administration is determined to safeguard lives and property of citizens of the state and would “continue to promote and maintain peace.”

Giving an overview of the Project which is funded by the Kingdom of the Netherlands, the Senior Programme Manager of Search for Common Ground, Olutoyin Falade, said the aim of the project is to generate effective ways of preventing violence and destruction of lives among farmers and herders and ensure peaceful coexistence.

According to her, “The specific objectives of the project are to increase collaboration between farmer and herder communities to develop joint, effective, sustainable local mechanisms for early warning response, dispute management and violence prevention and mitigation at the community levels.

“To strengthen implementation of rule of laws and accountability measures by the government of focal states and relevant federal government institutions to respond to and prevent violence resulting from farmers/herders conflicts at the state levels.

Falade further disclosed that diverse stakeholders have been engaged on the project but lamented that despite efforts made, the trend analysis shows among others that “community members are harbouring foreigners and criminals in their homes, there has been increased migration of Niger citizens and building on lands not allocated to them.”

She maintained that her organization is “poised for greater achievements through the contribution to reducing violent conflicts in Nigeria and the Middle Belt in particular and seeks more partnerships and collaborations to achieve the aim.” 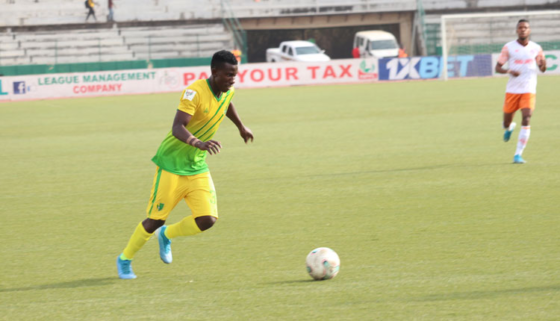