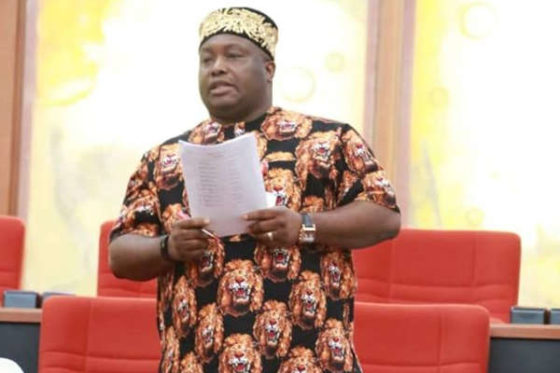 In a swift reaction, Senator Ifeanyi Ubah of the Young Peoples Party, YPP, on Friday, lodged an appeal to challenge the judgement of an Abuja High Court that sacked him as the lawmaker representing Anambra South Senatorial District.

In the four-ground of appeal, he filed before the Abuja Division of the Court of Appeal, Ubah, insisted that he was denied fair hearing by the high court.

He told the appellate court that he was neither served with the Originating Processes nor hearing notice with respect to the suit that led to his sack from the Senate.

Besides, he argued that the Abuja court lacked the territorial jurisdiction to hear and determine a pre-election matter that arose from election that held in Anambra State.

The appeal came barely two hours after trial Justice Bello Kawu of the Federal Capital Territory sitting at Kubwa, declined to set-aside his judgement that nullified Ubah’s election on the premise that he allegedly used a forged National Examination Council, NECO, certificate to contest the senatorial election that held in Anambra South on February 23, 2019.

The court went ahead and affirmed the order it made on April 11 last year, which directed the Independent National Electoral Commission, INEC, to withdraw the Certificate of Return it issued to Ubah and issue a fresh one to Dr. Obinna Uzoh of the Peoples Democratic Party, PDP, who came 2nd at the election.

Ubah had approached the court to set aside the judgement which he insisted occasioned grave miscarriage of justice against him.

Following his application for stay of execution, Justice Kawu, on December 4, restrained the Senate President from swearing-in Uzoh, pending the hearing and determination of the motion challenging the verdict.

The court equally ordered all the parties, including the INEC to maintain status quo till it decides the merit in Ubah’s contention.

However, in a ruling on Friday, Justice Kawu held that Senator Ubah’s application to vacate its judgement lacked merit and accordingly dismissed it.

Justice Kawu said he was satisfied that Ubah was duly served with all the relevant court processes via substituted means.

He equally dismissed a motion another claimant to the PDP senatorial ticket, Chief Chris Uba, filed to be joined as an interested party in the substantive suit marked CV/3044/2018, which was filed before the court by an electorate in the state, Mr. Anani Chuka.

However, in the appeal, he filed through his team of lawyers led by Dr. Onyechi Ikpeazu, SAN, Ubah, argued that for the jurisdiction of the trial court to be properly invoked, he must be served with the relevant court processes.

He insisted that there was no evidence on record that he was served was the Originating Court Processes in the suit that led to his sack from the Senate.

Ubah said he was also not served with the Motion that joined the beneficiary of the judgement, Uzoh, to the suit.

He noted that from record of the high court, the said motion by Uzoh who was joined as the 4th Respondent was filed on March 27, 2019, argued the next day and ruling that allowed him into the matter delivered on April 1.

“That as at the time the Motion for joinder of the 4th Respondent was hard and rules upon, the 7 days allowed the Appellant and the other Respondents had not elapsed. See Order 43 Rule 1(3) of the High Court of the Federal Capital Territory Abuja (Civil Procedure) Rules 2018.

“That the only evidence on service as shown in the Return and Endorsement shows that the Appellant was not served with any of the Court Processes.

“That the Record of the Court did not show how and when the purported Order for substituted Service was served on the Appellant”.

He contended that the trial court had no jurisdiction to hear the suit on the ground of lack of service of the processes on him and was therefore wrong to have struck out his motion for the judgement to be set aside for failure to serve the Appellant, and therefore lacked jurisdiction to hear and determine same.

He also faulted the high court for dismissing his motion on the premise that it was brought beyond 180 days.

According to Ubah, the trial court had inherent jurisdiction to set aside its judgement for being a nullity, stressing that the Court had no territorial jurisdiction to hear and determine a pre-election matter, wherein the cause of action arose at Anambra State.

“The learned trial court by virtue of section 87(9) of the Electoral Act 2010 (as amended) has no jurisdiction to join the 4th Respondent who is not a member of Young Progressive Party, not an aspirant in Suit No: FCT/HC/CV/3044/2018”.

He maintained that the Court had no powers to return Uzoh as duly elected contrary to section 285 (13) of the 1999 Constitution, as amended.

He stressed that the Anambra South Senatorial election having taken a pace on February 23, 2019, the trial court had no jurisdiction to join the 4th Respondent in the suit, the dispute now being a post-election matter subject only to the jurisdiction of the Election Tribunal as provided by section 285(1) of the Constitution.

Ubah, therefore, argued that the decision of the high court was null and void, adding that his right to fair hearing was breached by the court which he said failed to pronounce on all issue he raised before it.

Aside praying the appellate court to allow the appeal by setting aside the judgement, Ubah, sought for an order of perpetual injunction restraining INEC, Clerk and President of the Senate from taking any step aimed at giving effect in whatever way to the judgement of the lower court dates April 11 on the ground that the judgement is a nullity. 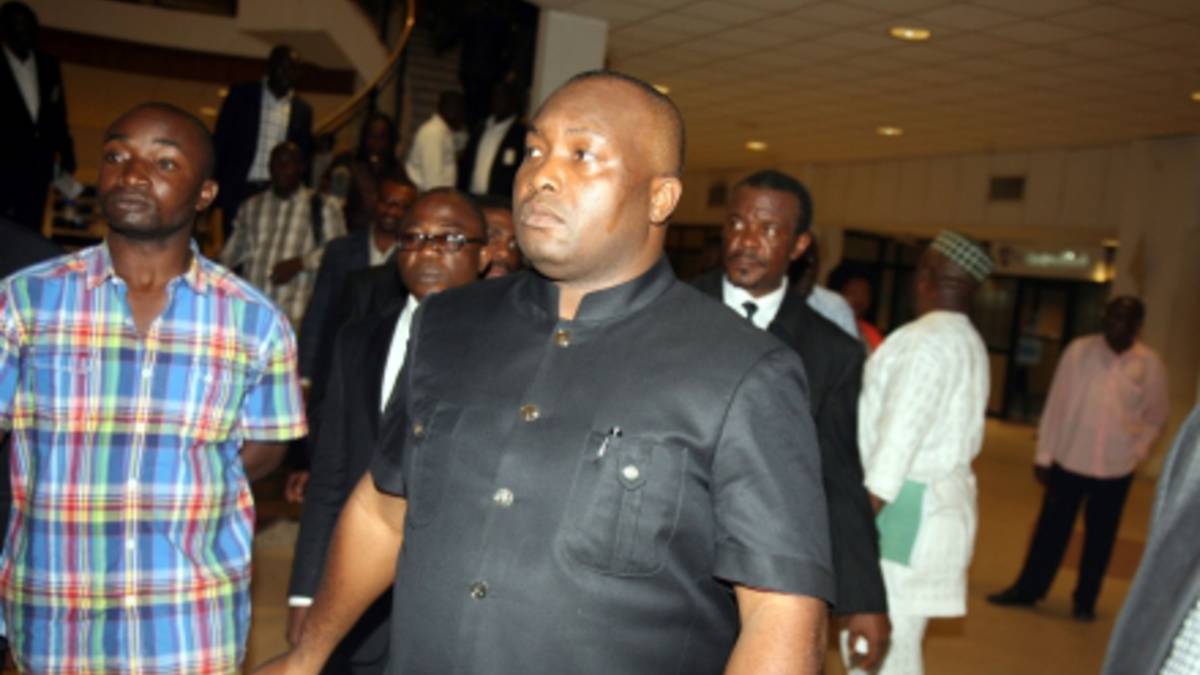 Ifeanyi Ubah vs EFCC: What happened in court on Wednesday 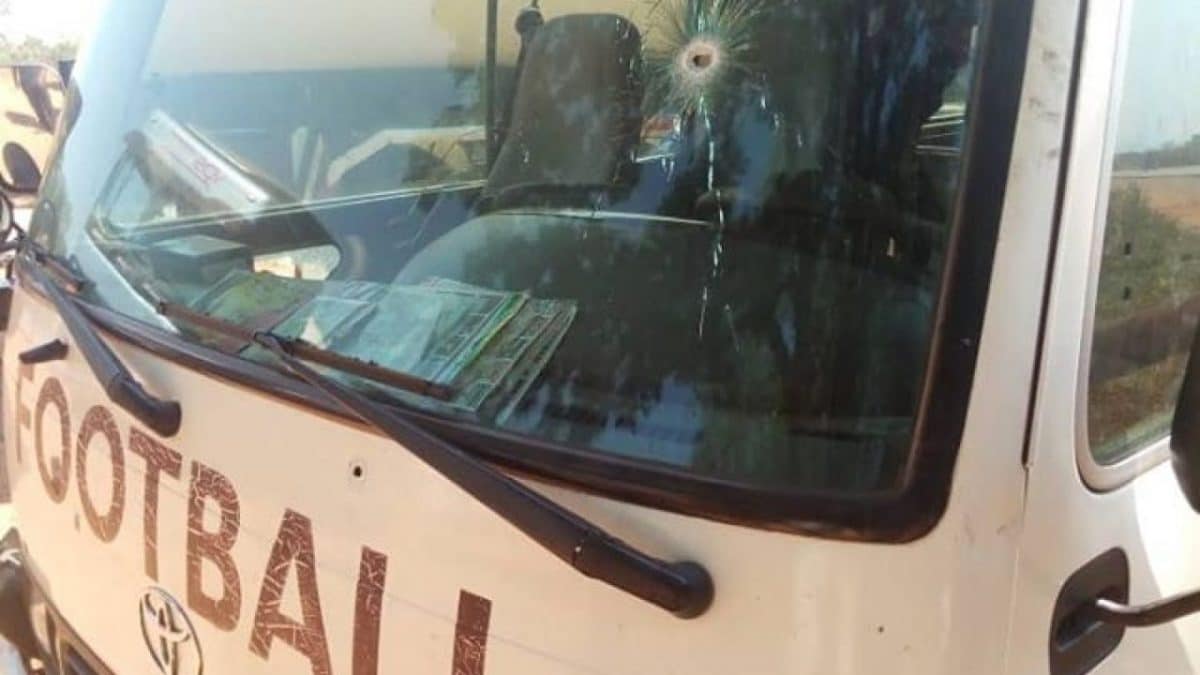