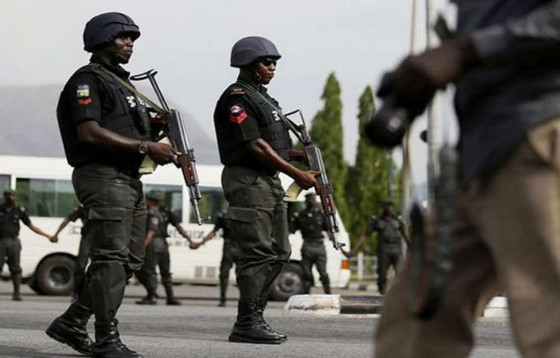 The fight heightened tension in the affected areas, as fear gripped residents.

This came on a day the ninth victim of herdsmen attack on farmers at Uwheru kingdom in Ughelli North Local Government Area of Delta State, passed on at Delta State University Teaching Hospital, DELSUTH, where he had been receiving treatment for gunshot wound sustained in the attack.

This is even as Urhobo Economic and Investment Group, UEIG, yesterday warned that if urgent actions were not taken by Delta and federal governments to curb excesses of the herders, the people of Urhobo nation might be left with no option but to defend themselves by any means necessary.

The killings in Edo, it was gathered, was triggered by the one year memorial of two kingpins of the two rival cult groups, identified as Africa, said to be the leader of Aye and John Terry, leader of the Eiye group.

Both cult leaders were killed in clashes between the two groups late 2018 and early 2019.

An eyewitness told Vanguard that over 30 persons hid in his shop at Three House junction to avoid being hit by stray bullet, as cult boys shot sporadically.

It was gathered that some suspects arrested in connection with last year’s cult killings, especially the killing of the two leaders, were released last month.

Vanguard  learned that the renewed clash resulted in indiscriminate arrests by the police but when contacted, the Police Public Relations Officer, Chidi Nwabuzor, said he was expecting detailed briefing on the killings.

‘’The police as an institution, have a right to randomly arrest people within the vicinity of crime, screen them and release those found innocent,’’ he said.

In Auchi, also in Edo State, some suspected members of the Vikings clashed with members of Aye Confraternity, leaving many of the boys with various degrees of injuries.

Another cult group, Maphites, also clashed with another rival cult group at the University town of Ekpoma.

Reacting to the clashes, the Director General, Legends Anti-violence Foundation, Kadiri Christopher, in a statement, called on youths to be reasonable and wise in their choice of company and the associations they keep.

He called on the Edo State governor, Godwin Obaseki, to assist civil society groups in efforts to stamp out cultism from the state.

Reacting yesterday, Edo State government condemned the hike in cult-related killings in the state, cautioning that government would not condone any act of violence or exploits of delinquent youths to cause mayhem in the state.

A statement by the Special Adviser to the Governor on Media and Communication Strategy, Mr. Crusoe Osagie, said it had become expedient to sound a note of warning to anyone disrupting public peace and safety, saying security agencies would spare no resources in bringing violators to book.

“We are working closely with the Nigerian Police Force and other relevant security agencies in the state to arrest the rise in cult clashes. We assure that these clashes will be contained,’’ he said.

He cautioned parents to keep a close eye on their children and monitor their whereabouts, so they would not be used to do the bidding of desperate persons.

In Delta State, the ninth victim who was reported to have been rescued from herdsmen attack at Uhweru kingdom last Saturday by a team made of the police, army and representatives of the community, died late Wednesday after a long battle with gunshot wounds sustained during the incident.

Delta State Commissioner of Police, Hafiz Inuwa, had told Vanguard that the victim was the only casualty rescued during the recovery operation, adding that the victim was rushed to the hospital for medical attention, following gunshot wounds he suffered.

However, the victim, identified as Austin Henry, who was referred to the Delta State University Teaching Hospital, DELSUTH, Oghara, for treatment gave up the ghost on Wednesday, while a 10th  person who also sustained gunshot wounds, was also rushed to the same hospital for complications sustained during the incident.

Recall that the President General of Uwheru kingdom, Cassidy Akpadafe, had claimed that over 17 persons sustained gunshot injuries during the attacks and had been rushed to various hospitals in Ughelli for medical attention.

Confirming the death yesterday to Vanguard, a senior official at the hospital said the victim died from gunshot wounds he sustained during the reported attack.

The source, who spoke on condition of anonymity, said: “We conducted an emergency surgical operation on him and he also received multiple blood transfusions. At a stage, he had 12 units of blood transfused into his system.”

Giving details of the injury sustained, the source said: “He had gunshot wound that perforated his intestine, hence we had to cut the intestine and joined them together with the stomach.

“The injury was so severe that he had to be on a ventilator and was in the intensive care unit of the hospital but unfortunately, we lost him on Wednesday, but prior to his death, the state governor, Dr. Ifeanyi Okowa, had graciously handled all his medical bills.

“However, another victim with gunshot wounds was also rushed in from the Uwheru axis and he is currently being attended to in the hospital.”

Meanwhile, a former lawmaker in Delta State House of Assembly, who represented Ethiope East constituency, Evance Ivwurie, expressed regret on the inability of the House to pass the Delta State Anti-Grazing Bill, stressing that if passed into law, it would have curtailed the excesses of herdsmen in the state.

Speaking to Vanguard yesterday, the former lawmaker, who co-sponsored the bill alongside the chief sponsor, Reuben Izeze, who represents Ughelli South constituency, said: “The bill was supposed to recognize cattle grazing and everything that comes with it as a personal business because what is going on is that there is nobody to checkmate the external inflow of these herdsmen and their cattle into Delta State and also their movement within the state.

“With the bill, each herdsman and his cattle will be identified, contrary to what we are experiencing today where we have armed herdsmen perpetrating evil, killing our people, yet we cannot identify them.”

Meanwhile, the Urhobo Economic and Investment Group, UEIG, yesterday, warned that if urgent actions were not taken by the Delta State and Federal governments to curb excesses of the herders, the people of Urhobo nation may be left with no option but to defend themselves by any means necessary.

The group in a statement signed by the convener, Mr. Kingsley Ubiebi, decried the recurring herdsmen attacks on Uwheru villages and other communities in Urhobo land.

Ubiebi said: “Let me state emphatically that as a group, we frown on the barbaric acts of these criminal herdsmen targeted at exterminating locals who are supposed to be their hosts.

“Because of these regular attacks, our people are scared to go to their farm lands and as such, imminent hunger looms across Urhoboland and other parts of Delta.

“We call on the Federal and state governments as well as security agencies to nip this challenge in the bud and bring an end to these unprovoked attacks, otherwise we would be left with no option than to resort to self-help in protecting ourselves.”

Similarly, the Urhobo Progress Union, UPU, has told security agencies to curtail the activities of rampaging herdsmen to avoid a breakdown of law and order.

Reacting to the exhumation of eight bodies reportedly killed and buried by the herdsmen, UPU in a statement by its National Organizing Secretary, Mr Abel Oshevire, however, urged the people to remain calm, while efforts were being made to bring the perpetrators to book, and prevent future occurrences.

Oshevire said: “On behalf   Urhobo Nation, UPU, hereby, sympathises with the people of Uwheru Kingdom over the trauma they have been subjected  by the exhumation of their people brutally murdered by heartless herdsmen a few days ago.

“We wish to assure them that we feel their pains, and that the entire Urhobo Nation is with them in this moment of grief and sorrow.

‘’While appreciating the efforts of Delta State government and security agencies to bring the perpetrators to book, we are pained and disappointed by the initial denial of the State Commissioner of Police that the attacks and killings never took place, insisting that the alarm raised by the people was false and an attempt to heat up the polity.

“We strongly believe that if the corpses had not been exhumed, the police would have moved into the community to harass the people and possibly, charge them for raising false alarm.

“We wish to caution that such denials, in the face of bare facts, could erode the confidence and trust of the people in those vested with the constitutional authority and responsibility to protect lives and properties.

“UPU believes in the sanctity of human life and strongly advises that the life of any Urhobo person, Deltan and,   indeed, any Nigerian, should not be toyed with, or become an issue of politics.”

Deeney: I Once ‘Lost My Head’ In A Heated Bust-Up With Ighalo

Much ado about national security adviser (3)

In wishing Kyari dead we betray our conscience, religion