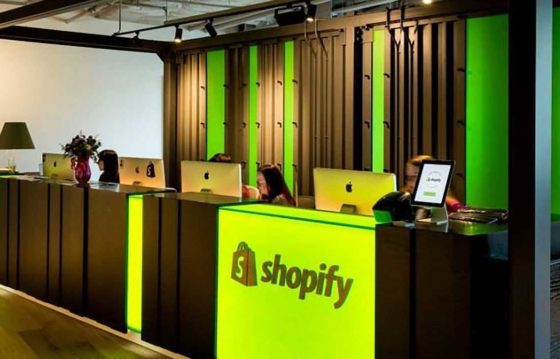 Canada-based Shopify signed on as a member of the Libra Association after a string of companies dropped out in the face of criticism by regulators worried the borderless digital money is a threat to national sovereignty.

“We spend a lot of our time thinking about how to make commerce better in parts of the world where money and banking could be far better,” Shopify said in a blog post.

“We’re excited to be part of the Libra Association and look forward to how the project may improve commerce everywhere.”

Shopify planned to work with the association to build a payment network the makes money easier to access by businesses and consumers no matter their locations, according to the post.

Libra, a high-profile project of social network giant Facebook, is tentatively scheduled to launch this year but has been battered by severe criticism from some of the world’s most influential financial authorities.

Libra is to be will be managed by a Geneva-based independent association linking several companies and non-profit groups.

As a multinational commerce platform used by more than a million businesses in approximately 175 countries, Shopify “brings a wealth of knowledge and expertise to the Libra project,” said Libra head of communications Dante Disparte.

“Shopify joins an active group of Libra Association members committed to achieving a safe, transparent, and consumer-friendly implementation of a global payment system that breaks down financial barriers for billions of people,” Disparte added.

Late last year, the online payment companies PayPal and Stripe, as well as Visa, Mastercard and others, withdrew from the project amid growing pressure from American and other regulators.

Regulators have cited the potential for illicit uses of the currency and have underscored the tattered reputation of California-based Facebook in matters of privacy and data protection.

Countries and central banks — for now the only entities legally permitted to issue currency — have also expressed concern about a blow to their sovereignty.

I started my blogging career from Facebook ― Timothy Ozovehe