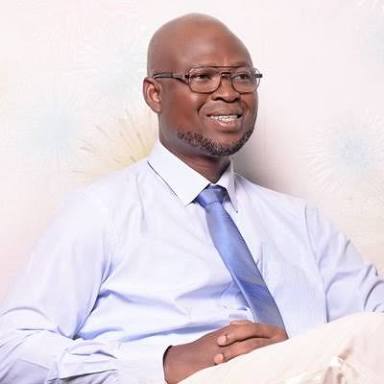 THE gubernatorial candidate of the Alliance for Democracy (AD) in the 2019 general elections in Oyo State, Engineer Oyedele Hakeem Alao on Thursday, revealed the main reason the political party lost the 2019 gubernatorial election in the state.

While speaking on electoral reforms and political system in Nigeria, Also said that the leaders of his party, one of whom is currently a political adviser in the cabinet of Engineer Seyi Makinde, were not interested in fielding a credible candidate.

He said that the leaders were only interested in reaching an agreement with other parties and offer their candidates for sale.

Alao while extolling the virtues of the immediate past Governor of the state, Senator Abiola Ajimobi, described the deceased as an illustrious son of the state who knew his onions.

He said: “In fact, a lot of people asked me whether I really wanted to contest the 2019 governorship election or eyeing an appointment as a commissioner. I told them “no”. I said “No” because I want to make a difference. I have seen what is going on in the last eight years and our people have not really enjoyed dividends of democracy.”

“I’ll conclude that nothing much is actually wrong with our electoral reforms, the drawback is the lack of genuine political will and commitment to enforce the electoral laws to have credible polls that will give Nigerians across the board good governance.”

“That’s why the Kofi Anan post-2019 election roundtable in Abuja with European Union (EU) described the 2019 elections as falling short of the international standard in the real democratic context, although there were some positive sides like the not-too-young-to-rule which offered a lot of young people the opportunity to contest the 2019 elections.”

“Electoral reform is an integral part of democratic development and in that term, it is undertaken to improve the electoral process(es) by promoting the general interests and rights of the citizenry while operationalising key principles as inclusiveness, impartiality, transparency, accuracy, and integrity, and these electoral processes include timely delivery of election materials, registration of political parties, vote counting method, reduction in gender imbalance, etc.”

“The excos of political parties, at both federal and state level, usually constitute themselves as autocratic. They would want to do things the way they want it.”

“How AD was run as a party really affected our efforts in the 2019 elections. In fact, there were so many internal problems with the party; the national body was fictionalised and there was also a court case, and above all, the South West excos were suddenly dissolved and our party leaders in the state eventually sold out.”

“Our political parties don’t allow internal party democracy; no party ideology, people just move into where they can get a ticket and feed and that’s why in the 2019 elections, they were moving from APC to ADC, PDP to ZLP and ADC to PDP. This is because what the majority of them know is politics, maybe they don’t have alternatives and are not known with any profession unlike our deceased governor Senator Isiak Abiola Ajimobi who brought deep experience into governance.”

“The people of Oyo State have seen what is going on now and I believe, they know who to put in office in the next election, as we’ll announce sooner or later the platform on which to contest, also adding that “a lot of parties have been deregistered, including AD, and have all gone for life,” he said.

Our mistakes in 2019 cost APC some states — Buhari