Hajj 2020: Your money is safe with us, Elegushi tells Lagos intending pilgrims

Hajj 2020: Your money is safe with us, Elegushi tells Lagos intending pilgrims

Following the ban on international hajj this year by Saudi Arabia, the Lagos state Commissioner for Home Affairs, Prince Anofiu Elegushi has told intending pilgrims to differ their 2020 hajj plans till next year, stating that their money is safe with the government.

Prince Elegushi stated this during a one-day sensitization programme on the future of year 2020 Hajj operation, held at the Lagos State Secretariat, Alausa, Ikeja, recently. Present at the programme were intending Pilgrims, Ulamas (Islamic scholars) and other stakeholders.

While justifying the necessity for the cancellation, the Commissioner praised the Saudi authority for taking such a bold and difficult decision in order to curb the spread of Coronavirus (COVID-19) pandemic that is ravaging the entire world, considering the large number of people that would have performed the pilgrimage in Makkah and Madinah.

Elegushi affirmed that if the exercise were to hold despite the pandemic, pilgrims would be made to face a lot of stringent conditions and restrictions which would be difficult for them to bear and deny many of the opportunities. He stressed that it is better to wait till the next hajj when it is hoped that the pandemic would have been totally defeated.

The Commissioner said as a government that is responsible to its people, no pilgrims would be denied his/her legitimate right to seek refund of the hajj fare already paid. He, however, advised that it is better for them to leave the money with the government and differ the exercise till 2021 when they would be considered on a first-come, first-served basis, otherwise, they would start all over again.

He urged those who are yet to complete their payment to do so quickly so as to secure their place in the record of the Muslim Pilgrims Welfare Board.

While urging them not to change their intention, Elegushi emphasised that it might not be easy for anybody seeking refund to re-coop the money between now and November 2020 when the year 2021 hajj operation will begin. He, however, assured them that their money is very safe with the state government

Narrating the efforts already put in place by the state government before the pandemic struck, Elegushi said that he led some officials to Saudi Arabia to secure a befitting and conducive accommodation for her pilgrims nearer to the Haram in order to make the exercise comfortable for them.

He added that amongst other preparations made by the state towards ensuring stress-free pilgrimage exercise in the Kingdom of Saudi Arabia was the provision of free health care service as well as an increment in the number of health service providers outside NAHCON arrangements.

While answering questions on the possibility of increment in year 2021 hajj fare, Elegushi remarked that it is the National Hajj Commission of Nigeria (NAHCON) that fixes hajj fare and not the state government. He, however, noted that one of the aims of the current Chairman of NAHCON, Alhaji Zhikrullah Hassan, was to secure reduction in the hajj fare so as to make it affordable for intending pilgrims. He assured them that instead of increasing, government is working towards ensuring reductions, all things being equal.

On medical screening, Elegushi answered that all the intending pilgrims would be made to do a fresh screening when the time comes. He said that between now and the next hajj operation, the health condition of everybody would have changed one way or the other because of our environment. Therefore it is necessary and mandatory for everyone to do another medical test to ascertain their current health status.

While assuring that the intending pilgrims are free to retrieve their international passport for any other usage, the Commissioner urged them to fill a form to document their deferment of year 2020 hajj to 2021.
In her goodwill message, the Permanent Secretary, Mrs. Adebunmi Adekanye corroborated the Hon. Commissioner by appealing to the intending pilgrims and Lagosians, in general, to believe that COVID-19 pandemic is real and join efforts of government in fighting the scourge by always observing all the protocols which include regular handwashing with water and soap, wearing of face mask, avoiding large crowd, maintain social distancing and avoiding handshake.

What would you do with your time if money is not a necessity?

Edo 2020: Your performance will speak for you, monarch tells Obaseki 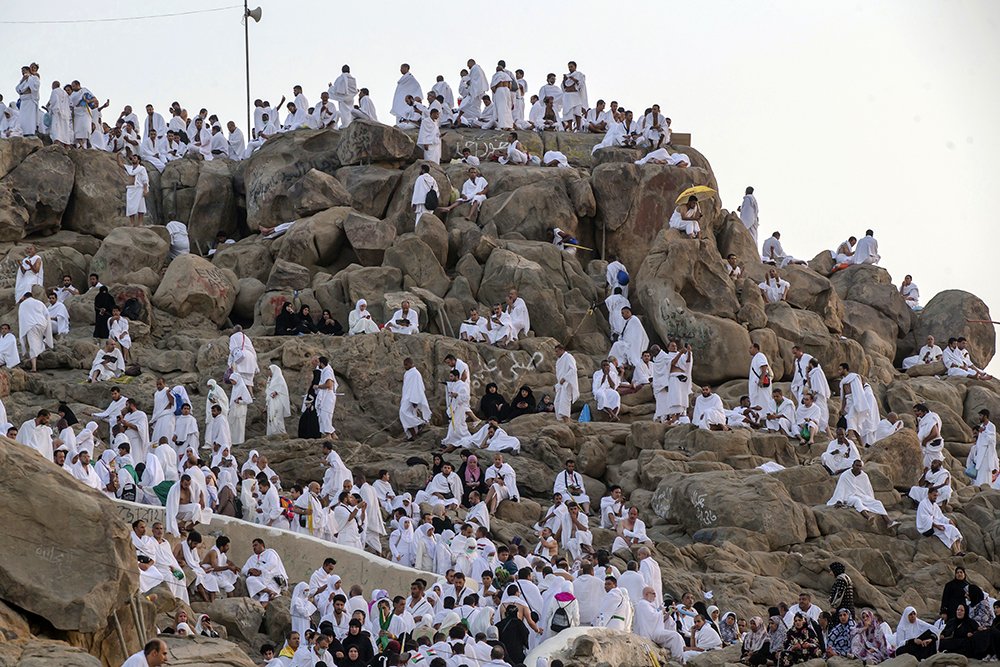 Muslim pilgrims to scale Mount Arafat for peak of hajj

Extending the lifespan of your tyres

BBNaija 2020: I enjoyed making out with you – Erica tells Kiddwaya [VIDEO]