The appellate court also ordered that Hon Azeez Elewu who allegedly represents, the All Progressives  Congress(APC)in that election and his party to pay a fine of N 50, 000.to the candidate

The PDP in a statement issued in Ilorin yesterday signed by its state chairman Hon. Kola Shittu said that “the people of the state are disappointed in the manner the young speaker is disregarding court judgment and flaunting his disrespect to judiciary and nation’s constitution”.

He said that “the assembly speaker is squandering the opportunity bestowed on him by the people; and consciously choosing to be on the bad page of history in the state and the country at large as a speaker who disregarded court verdicts in a bid to run a cult-like assembly”.

The statement added, “the lawmakers should not be lawbreakers and made reference to Appeal Court’s disappointment at the act exhibited by the Speaker and his refusal to initially swear-in Hon. Agboola after the first judgment.

“The court further asserted that neither of them possessed the power not to recognise and swear-in a candidate declared the winner by the court since January.”

PDP also noted that the affirmative judgment of the Appeal Court clearly indicated the Speaker cooked excuses to prevent Hon. Agboola from being sworn in since January as any litigation was supposed to come after his swearing-in.

Hon.  Shittu, therefore, called on the assembly to swear-in Agboola and treat his swearing-in as a matter of urgency.

Recall that the Speaker of the State House of Assembly Hon. Danladi had refused to swear in  Hon. Agboola, who is the only member of the opposition party, PDP, in the APC – dominated Assembly, as he insisted that Elewu, the substituted candidate of the APC in the House of Assembly election, was not joined in case that challenged the election result at the election petitions tribunal

Recall that the Court of Appeal on Wednesday dismissed the motion filed by the candidate of the All Progressives Congress in the election, Hon. Azeez Elewu, and declared that the APC had no candidate in the March 10, 2019, general election.

On reading the lead judgment on Wednesday, Justice J. Onyemenan dismissed the motion filed by the four respondents that included Elewu, the APC, the Speaker, and the Clerk of the Kwara State House of Assembly.

The court chastised the leadership of the  State House of Assembly for allegedly refusing to swear in the PDP candidate as the duly elected representative of Ilorin South Constituency in the House, as ordered by the court.

The state high court had in November last year declared Hon. Agboola of PDP as the winner of the Ilorin South constituency of the  State House of Assembly election held on March 10, 2019, and ordered the Independent National Electoral Commission to issue him a certificate of return. 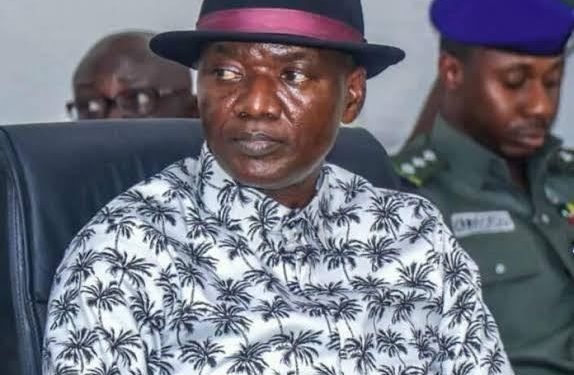