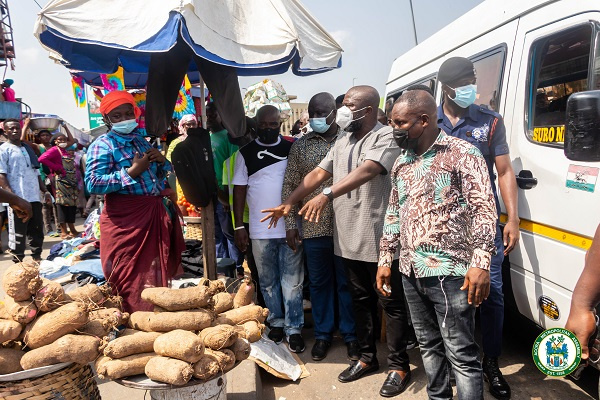 Ghana Web
The Accra Metropolitan Assembly (AMA) has impounded 10 trucks in the Central Business District (CBD) of Accra for offloading outside the permitted period.

The action was taken on Thursday when the Metropolitan Chief Executive of Accra, Mohammed Adjei Sowah supported by the Municipal Chief Executive for the Korle Klottey Municipal Assembly (KoKMA), Nii Adjei Tawiah led a team comprising officials of the AMA, KoKMA and personnel of the Accra Central Motor Transport and Traffic Department (MTTD) of the Ghana Police Service to assess hotspots in the CBD which causes heavy vehicular traffic ahead of a decongestion exercise to be rolled out in the coming days.

The exercise began from Kingsway through to Railways bus stop, Kantamanto, Rawlings Park and Makola.

In an engagement with shop owners, traders and commercial drivers, the AMA boss said the activities of these trucks, the operation of unauthorised taxi ranks, the use of bus stops as trading points and stations as well as traders who had moved beyond permitted areas were major contributing factors to the congestion, heavy vehicular and human traffic which had become a nuisance hence the impounding of the vehicles.

Mayor Sowah also emphasised the need for the traders to comply with the agreed rules and regulations on trading in that enclave since his outfit would begin enforcement in the coming days.

"Sometimes I pass here and realise that you have taken part of the street which is not right. We must abide by the rules and regulations and do the right thing so that we can all operate in peace. Let us all learn to do what is right," he averred.

He noted that the AMA would continue with its monitoring of the principal streets in the city to ensure that the activities of drivers and traders impeding the free flow of traffic was curtailed.

The Mayor stated that the information vans of the Assembly had intensified public education ahead of a decongestion exercise which would be embarked on jointly with sister assemblies and the MTTD to enforce the Road Traffic Regulations Act 2180. 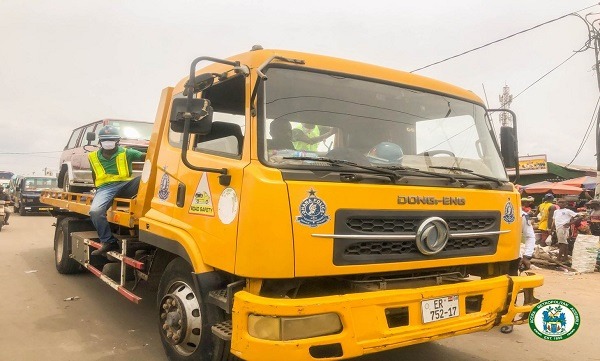 Xavier Sosu writes: Government not thinking outside the box in galamsey fight 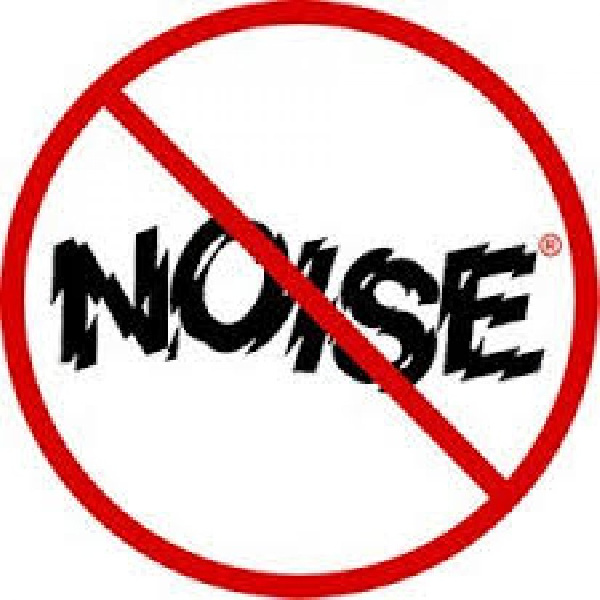 Ban on noise making in Accra commences on May 10

Ban on noise making in Accra commences on May 10 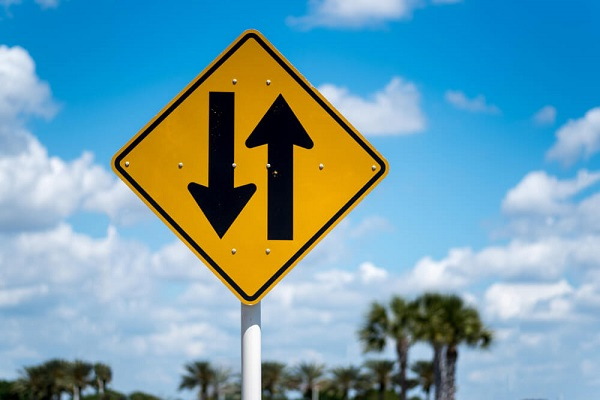 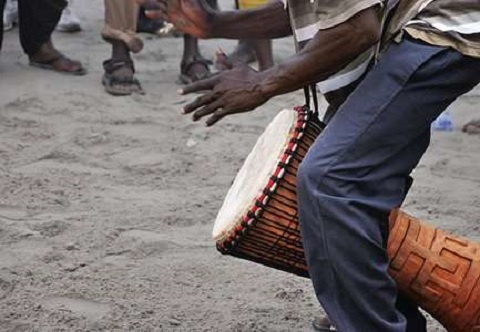 Ban on drumming, noise making in Accra to begin on May 10 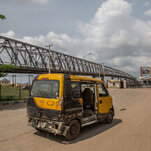 In Nigeria, Traffic on a Bridge Stifles Economic Progress